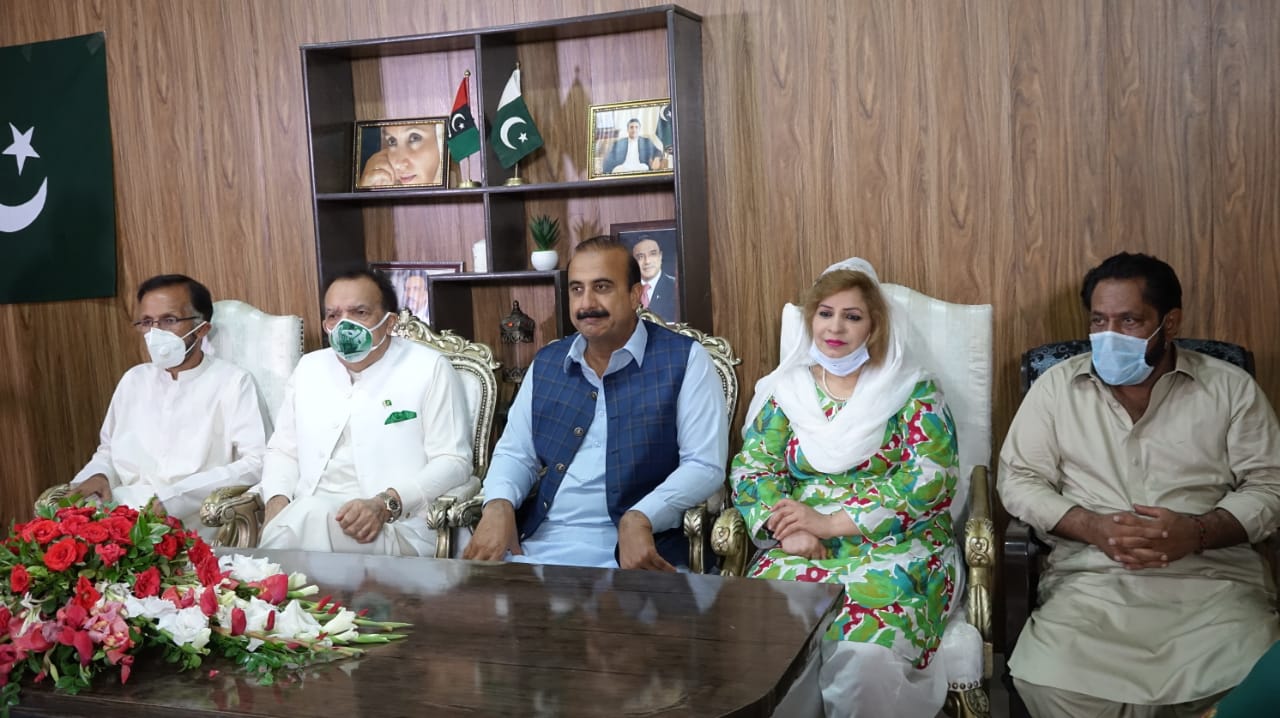 The 73rd Independence Day of Pakistan was celebrated with utmost fervor, zest, and a spirit of patriotism at the residence of Senator A. Rehman Malik PPP senior leader and Chairman Senate Standing Committee on Interior here on Friday at his residence. The simple but highly impressive cake cutting ceremony was attended by Zamarud Khan former chairman of Pakistan Bait-ul-Mal, Raja Shakeel Abbasi, Nargis Faiz Malik, Shahzada Iftikhar, Mukhtar Abbas, Tauqeer Abbasi, Raja Guftar Advocate, Malik Yasir and number of PPP workers from twin cities. Senator A. Rehman Malik hosted and presided over the ceremony. While speaking at the ceremony PPP leaders said that reassured the commitment of unity, faith, and discipline. They said that it was their duty to safeguard frontiers of the motherland. They condemned India’s recent atrocities in Indian Occupied Kashmir. 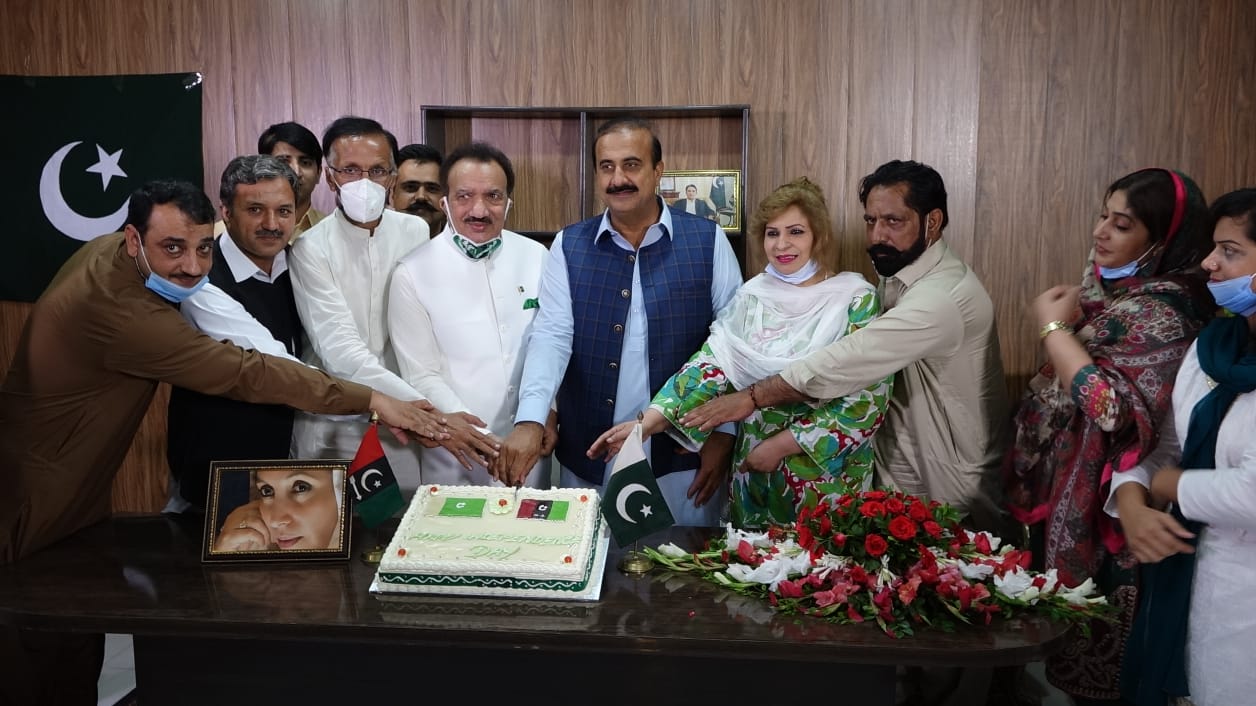 Senator A. Rehman Malik in his speech felicitated the nation on 73rd Independence Day and paid rich tribute to the founders of Pakistan and martyrs of the nation. He said that because of the untiring struggle and sacrifices of our forefathers, today we are breathing in a free country. He said that the purpose of celebrating Independence Day is to reaffirm the commitment to the country’s prosperity, development, and peace. He said that on this joyous day, we must not forget our Kashmiri brothers and sisters who are sieged in the valley since the last one year and the Indian Forces are committing unprecedented brutalities against them. 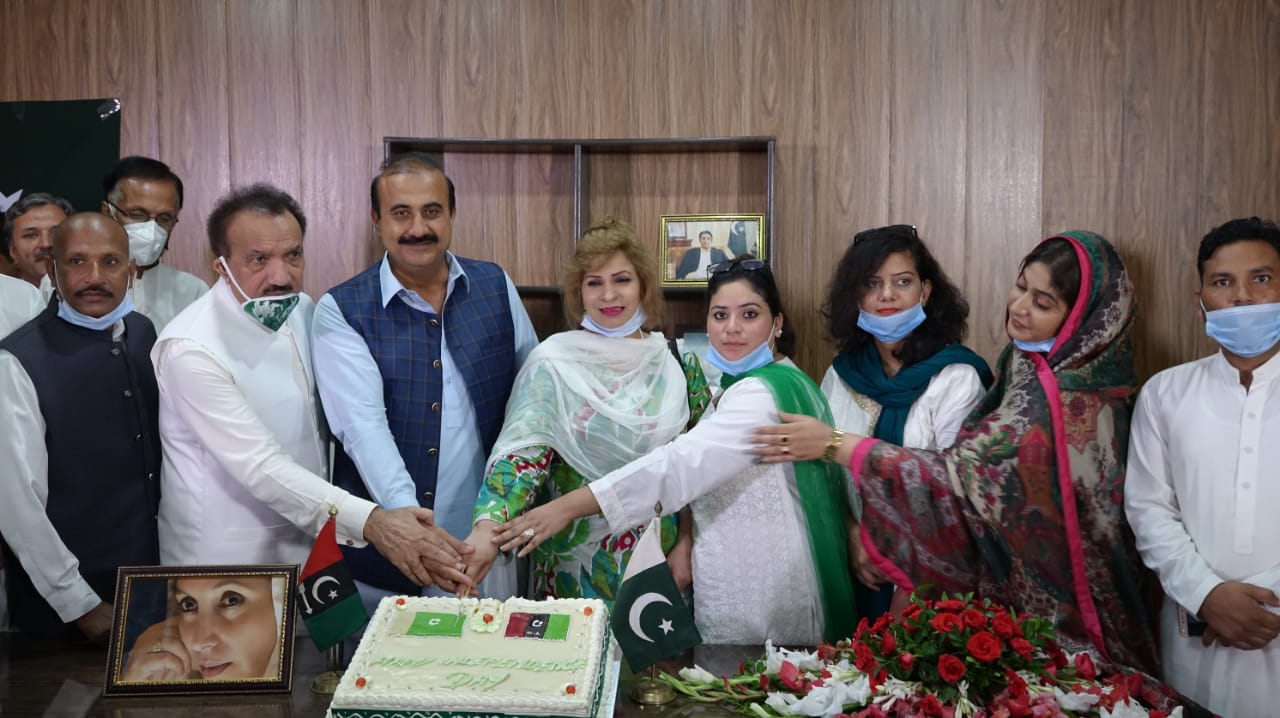 He said that we must not forget the saying of our great Quaid Muhammad Ali Jinnah that Kashmir is the unfinished agenda of Partition of the Subcontinent and now we have to carry forward the agenda of our Quaid. He said that our Kashmiri brothers and sisters are being persecuted by Hindutva and RSS and curfew imposed in Kashmir for a year but our government is not doing what it should have done. He said that he always calls Indian PM Narendra Modi as Chief Terrorist for his brutalities against Muslims in Indian and Kashmiris. He said that Modi is a trained terrorist of RSS that wants all minorities to be eliminated from India. He said that India and its PM Modi should know that our Armed Forces know the defense of this country very well.

Senator A. Rehman Malik said that real freedom will start the day when we get rid of IMF and FATF adding that today, the country needs real leadership that can take the country forward. He said that today Pakistan is passing through isolation international as many friendly countries are annoyed with us today. He said President Asif Ali Zardari had made ‘Friends of Pakistan’ to help the country in those difficult times and enhance country international scope and influence. He said that is why the government could not bring a single resolution on Kashmir in the UNSC in a year of curfew and continuous Indian brutalities.

In his speech, Senator Rehman Malik said that PM Imran Khan and his party leadership should stop talking about Governor Raj in Sindh as desterilizing Sindh and Balochistan is on the enemy’s agenda.

He further said that “The government is warned that if Governor Raj is imposed in Sindh or Karachi tries is made part of the federation, it will be like hitting an on its own foot and the federal government will be suffering for it heavily rather sustain.

He said that former President Asif Ali Zardari and Khursheed Shah are being politically victimized and the government must stop victimizing opposition.