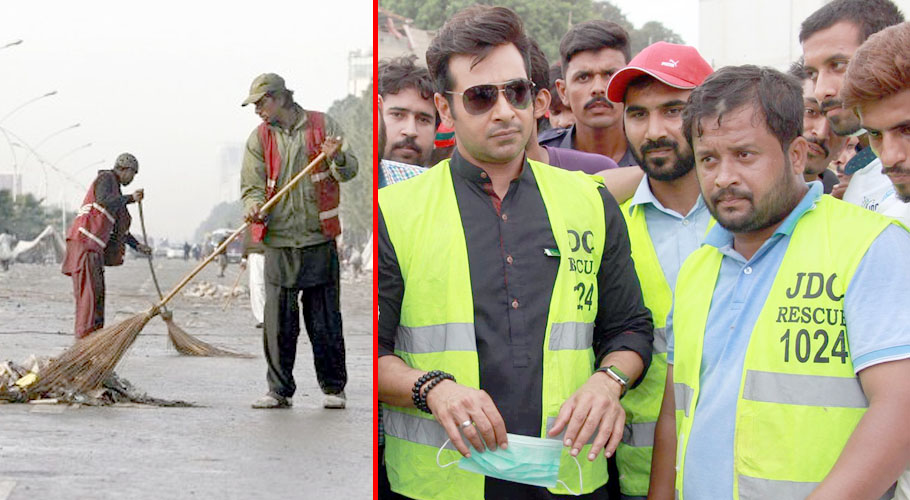 Zafar Abbas said that Karachi has been suffering from filth for the last several years and no proper initiatives have been taken so far.

He said that considering this situation, the JDC Foundation, like three years ago, once again has launched the Clean Karachi Campaign, a three-day clean-up drive.

Earlier in July, a drive for the cleaning of 38 big drains in Karachi kicked off under a World Bank project.

Local government secretary Roshan Ali Shaikh, senior director coordination Masood Alam and other officials were also present on the occasion. Nasir said the blockage of drains was a major issue and they were trying to resolve it with the assistance of the World Bank.

He said the National Engineering Services Pakistan (NESPAK) had been included in the project to ensure that garbage lifted from the drains was taken to the landfill sites. The LG minister said that in the past, billions of rupees were spent for the cleaning of drains, but the required results could not be achieved.