A flag hoisting ceremony was organised at President House in Islamabad on Friday as a part of celebrations to observe the 73rd Independence Day being celebrated across the nation. 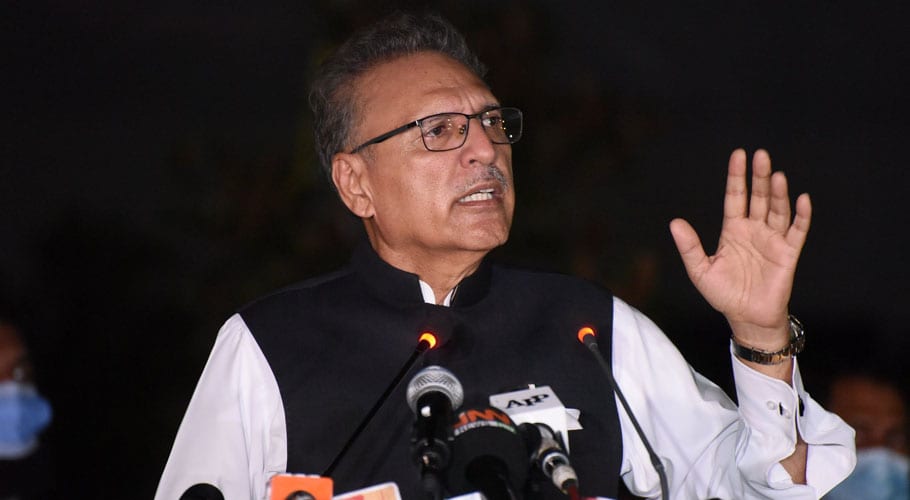 Addressing the ceremony, President Dr Arif Alvi said the nation has surmounted several challenges since its independence and has reached the tipping point where improvements are being witnessed in various areas.

The president expressed solidarity with Kashmiris who have been facing the worst human rights violations by Indian forces since the past one year.

He reaffirmed Pakistan’s support to Kashmiris in their cause, adding Pakistan will not leave Kashmiris alone. He said Kashmir issue has been taken up at the UN Security Council four times during the last one year, which is a huge success of Pakistan’s foreign policy.

The president said Pakistan has also released its political map, reflecting the true aspirations of its people as well as Kashmiris, adding d the new map shows Pakistan’s principled stance on Kashmir issue.

Highlighting the ruling PTI’s performance during two years of its tenure, President Alvi said the government launched an effective campaign against corruption in line with the vision of Prime Minister Imran Khan.

He said the government devised an effective strategy against coronavirus pandemic, including smart lockdown policy, due to which coronavirus has largely been brought under control. Unlike some countries, he added, Prime Minister Khan did not resort to a complete lockdown, realising that it will badly impact daily wagers. He said several countries wanted to replicate Pakistan’s policies on coronavirus pandemic.

He expressed gratitude to healthcare professionals for helping turn the tide against the pandemic.

The president said Pakistan band together nations to fight the menace of extremism. He said the PTI government brought in Ehsaas Cash Emergency Programme under which cash handouts were given to 16.9 million deserving people.

He said the country’s economy is on the mend despite downturn in world economies brought on by the contagion.