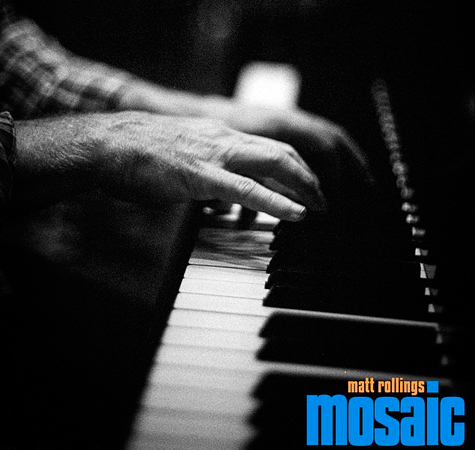 A sideman is the frontman on “Matt Rollings Mosaic.” Rollings earned the shot at center stage with his stellar career as a session pianist. He has performed on hundreds of recordings with artists ranging from Mary Chapin Carpenter to Motley Crue, and won the Academy of Country Music Award for pianist of the year 10 times.

Now Rollings is releasing his own album, the first under his name since his debut in 1990. It’s not really a solo set because it features plenty of star power, with Willie Nelson, Alison Krauss and Lyle Lovett among those singing lead. The title “Mosaic” reflects the range of the material, and also Rollings’ ability to multitask – he produced and arranged the album, and co-wrote two songs.

“That Lucky Old Sun” has piano bar playfulness while featuring Nelson, Lovett and Ramblin’ Jack Elliott. “Slumber My Darling” is a Disney-style Irish lullaby sung by Heidi Talbot. “Wade In the Water” becomes Broadway gospel with help from the War and Treaty and the Blind Boys of Alabama.

And then there’s the album’s highlight, a typically luminous performance by Krauss on the sitting-room ballad “Stay.” It was co-written by Rollings and Alisan Porter, the 2016 winner on “The Voice.”

Rollings plays with such nuance that his piano assumes a supporting role even on his own record. There are no showboat solos, but there are plenty of piano phrases that are by turns handsome and pretty as the set becomes an entertaining celebration of a most accomplished accompanist.