* According to Page Six, Meghan, Harry and their toddler, Archie Harrison, are now living in a residence in the Santa Barbara area 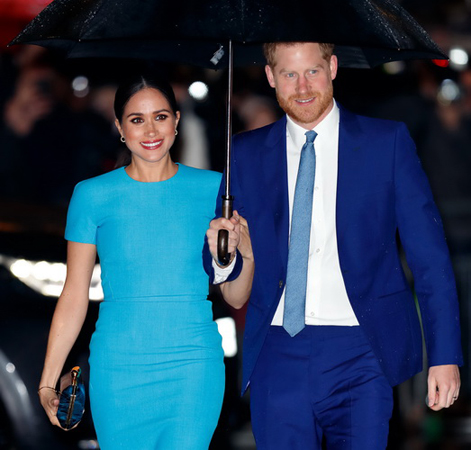 Meghan Markle and Prince Harry are officially putting down roots. A rep for the Duke and Duchess of Sussex tells E! News that the family of three moved into a new home in July of this year. “They have settled into the quiet privacy of their community since their arrival and hope that this will be respected for their neighbour, as well as for them as a family,” the rep shares.

According to Page Six, Meghan, Harry and their toddler, Archie Harrison, are now living in a residence in the Santa Barbara area. “They are not houseguests of Oprah or anyone else, they bought this home themselves,” the outlet’s source shares. “This is the first home either of them has ever owned. It has been a very special time for them as a couple and as a family-to have complete privacy for six weeks since they moved in.”

The insider adds, “This is where they want to bring Archie up, where they hope he can have as normal a life as possible.”

Prior to their secret move, the royals were temporarily living at Tyler Perry’s large estate in the Beverly Hills, which was close enough for mom Doria Ragland to visit. It was from the movie mogul’s eight-bedroom, 12-bathroom property that Meghan and Harry joined Zoom meetings and celebrated Archie’s first birthday.

However, widespread knowledge of their stay at the mansion led to “invasions of privacy,” according to a lawsuit filed by the couple’s legal team. In the lawsuit, the pair claimed they were hounded by paparazzi who attempted to capture footage of their family by using drones, helicopters and telephoto lenses. This came as a concern to the new parents, especially after learning that photos of their son were being shopped around.

The insider adds, ‘This is where they want to bring Archie up, where they hope he can have as normal a life as possible’

Confirmation of their new digs comes the same day that the unauthorized biography, Finding Freedom, based on the pair’s love story, was released.

The book was already making headlines ahead of its highly-anticipated arrival, with royal watchers chomping at the bits to learn what authors Omid Scobie and Carolyn Durand learned in the course of their interviews with over 100 individuals close to Meghan and Harry.

And though the public already knew of the tensions between Harry and big brother Prince William, Finding Freedom revealed a few bombshells, like the time Will “pissed off” Harry by urging he take caution in the early days of his courtship with Meghan.

Per usual, the palace is staying mum on the book’s contents, as they have with most other hot topics. But notably, a rep for Meghan and Harry previously stated, “The Duke and Duchess of Sussex were not interviewed and did not contribute to Finding Freedom. This book is based on the authors’ own experiences as members of the royal press corps and their own independent reporting.”