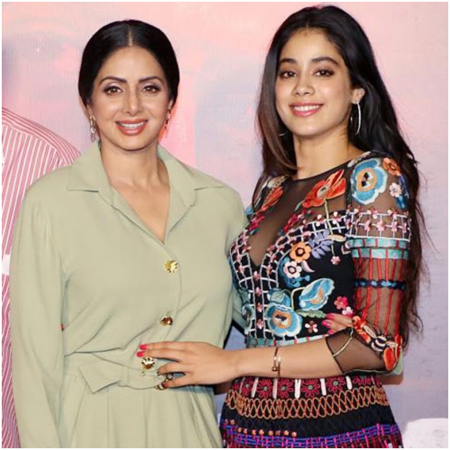 “I love you, mumma,” wrote Janhvi Kapoor on Instagram as she remembered her actress-mother Sridevi on her birth anniversary.

The monochrome picture features Janhvi holding Sridevi and the duo smile for the camera.

Sridevi died in February 2018 in Dubai, where she was attending a family wedding. She would have been 57 today.

Sridevi was India’s first female superstar. She debuted in the film industry at the tender age of four and her first role as an actress happened when she was all of 13. Sridevi was one of the finest actresses of Indian cinema who worked in 300 films across all languages and, there can be no one like her.

Janhvi, who is also an actress in Sridevi and filmmaker Boney Kapoor’s elder daughter. She has a sister named Khushi, who studies in the US.

Janhvi is three-film-old in the industry. She debuted in 2018 with ‘Dhadak’ and followed it up with two Netflix films – ‘Ghost Stories’ and ‘Gunjan Saxena: The Kargil Girl’, which released on Wednesday.

Meanwhile, Sridevi’s last film was 2017’s ‘MOM’, for which she was posthumously honoured with the National Film Award for the Best Actress in 2018.