Celebrating Yet Another Independence Day 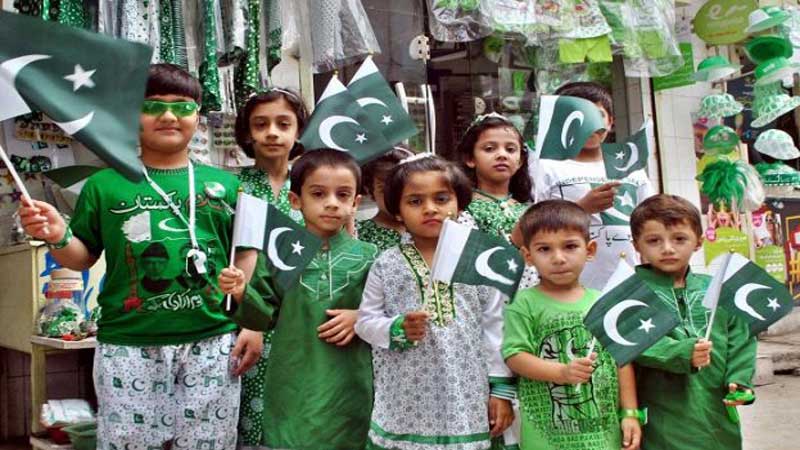 Pakistani nation is celebrating yet another Independence Day on August 14 , 2020 in a very enthusiastic manner as the beloved motherland turns 73 with the continued blessings of Almighty Allah.

As month of August, which is also called the month of Independence, people of all ages and genders start making preparations to celebrating the great occasion in a befitting and enthusiastic manner.

Celebrating the Independence Day is indeed a very great, happy and joyful occasion for everyone living with geographical frontiers of Pakistan as a proud, free, sovereign and independent Pakistani.

Besides expressing gratitude to Almighty Allah for His continued blessings, we should all be sincerely remembering our forefathers whose struggle and sacrifices under the inspiring and principled leadership of Quaid-i-Azam Mohammad Ali Jinnah had had resulted in the creation of our new motherland, free from the economic slavery of Hindus and the alien British rule.

As we all celebrate another Independence Day in a befitting manner, which also calls for doing some soul searching and self catharsis also, it is pertinent to mention some important developments which have taken place within the country during this and previous months.

The nation observed August 5,2020 as Youm-e-Istehsal Kashmir (Kashmir Exploitation Day) to mark completion of one year lockdown by the Indian Government on entire population of its occupied territory of Jammu and Kashmir after revoking Article 370 of the Indian Constitution scrapping special status of the disputed territory and merging it as integral part of the India Union on August 5,2019.

Prime Minister Imran Khan addressed Azad Kashmir Legislative Assembly, President Dr Arif Alvi along with federal ministers led a rally in Islamabad while the Provincial Governors and Chief Ministers jointly led the rallies in the provincial capitals reiterating Pakistan government and people’s unflinching support to the struggling, sacrificing and oppressed Kashmiris in their just cause for freedom and grant of right of self-determination to decide their future themselves in accordance with the UN Security Council resolutions.

The unstinted support for Kashmiris not only voiced all over Pakistan but also throughout the world capitals as rallies were held every where and bill boards reading “Kashmiris Lives Matter” displayed massively.

Lingering incomplete agenda on the world agenda, Kashmir issue was discussed thrice by the UN Security Council whose resolutions are persistently not being implemented by succeeding governments of India from Prime Minister Pandit Jawahar Lal Nehru to Prime Minister Narendra Modi for more than seven decades.

Support for grant of right of self-determination to the Kashmiris in accordance with UN Security Resolutions of 1948 was also raised by former Malysian Prime Minister Mahathir bin Mohammad while addressing a gathering Kuala Lumpur and by visiting UN General Assembly President-elect Volkan Bozkir in Islamabad among others.

In March 2020, while preparations were on for celebrating the Pakistan Day on March 23, 2020, the country was hit by the pandemic of Covid-19 and the celebrations had to be cancelled.

On the eve of observance of Youm-e-Istehsal Kashmir, Pakistan took a bold, courageous and historical step by unveiling its new official map on August 4,2020 showing the disputed territory of Jammu and Kashmir and Sir Creek within its borders and thus rebutting India’s false claim over Gilgit-Baltistan.

Pakistan is just 73 years ol which certainly and surely no age for a living and throbbing nation which with the continued blessings of Almighty Allah has to go a long and still longer way in the coming decades, nay in the centuries.

Over the years, Pakistan has overcome many of its internal and external challenges. It was grappling with an economic crisis which had started showing signs of stability and upward trajectory when it was hit by COVID-19 pandemic. The virus has been brought under control to a great extent through the federal and provincial government policies and observance of preventive measures and SOPs by the people by and large. The people are as determined and committed as ever to continue facing all challenges confronting them steadfastly, courageously and boldly irrespective of how much sacrifices they have to offer for safeguarding and protecting the ideological and geographical frontiers along with the officers and jawans of the Pakistan Armed Forces, Police, Rangers and other law enforcement agencies.

With this situation somewhat under control, the nation is celebrating the Independence Day quite enthusiastically after missing many celebrations and joyous occasions during past few months.

As the people celebrate the great occasion, display the national flags all around, it is much desirable to ask the people of Pakistan to rise over and above petty, selfish ,personal, political, regional and other interests, biases and prejudices and keep the supreme national interests higher in their all thinking and actions.

In all fairness, we should all be discharging our duties and obligations, both individually and collectively, sincerely and honestly. At the same time it is also imperative that all possible steps and measures are taken in an effective manner to ensure that our future generations are educated, informed and apprised about the Pakistan Movement as well as the struggle and sacrifices which the Muslim men and women had offered while migrating to their newly-created motherland following the partition of the sub-continent.

In this regard, it is also worth mentioning that huge paintings about Pakistan Movement highlighting the sufferings of the Muslims migrating to Pakistan as put in colours by world-renowned Pakistani artist, social crusader and peace activist Jimmy Engineer can be of great help in this regard. Backlighted transparencies of these huge paintings, which have given him recognition and fame within Pakistan and the world over, should essentially displayed at least in all educational institutions importantly and also in other places for greater ublic viewing.

It is also essential that in view of the menaces like militancy, extremism and terrorism , which have been brought under control and their nefarious activities to harm Pakistan curbed to a great extent by our brave sons and daughters in the Pakistan Army, Air Force, Navy, Rangers, Police and other law enforcing agencies though their huge sacrifices, the moderate, positive, forward looking and progressive image of Pakistan and its people is continuously promoted and highlighted through all possible means before the international community in the wake of persistent hostile propaganda by our enemies. The world at large has to be told continuously through all means that Pakistan is a peace loving country and its people believe in peaceful co-existence with all countries particularly the neighbouring countries.

We can face all our challenges and problems squarely and boldly by paying tributes to Father of the Nation Quaid-i-Azam Muhammad Ali Jinnah and remembering and practicing his golden principles of Unity, Faith and Disciple.

As we go on celebrating the Independence Day this year or years ahead, we should also pause and ponder over what as to what the mother hand has given us and what we have done in the service of Pakistan during the preceding year, please.

The writer is Lahore-based Freelance Journalist, Columnist and retired Deputy Controller (News), Radio Pakistan, Islamabad and can be reached at [email protected]