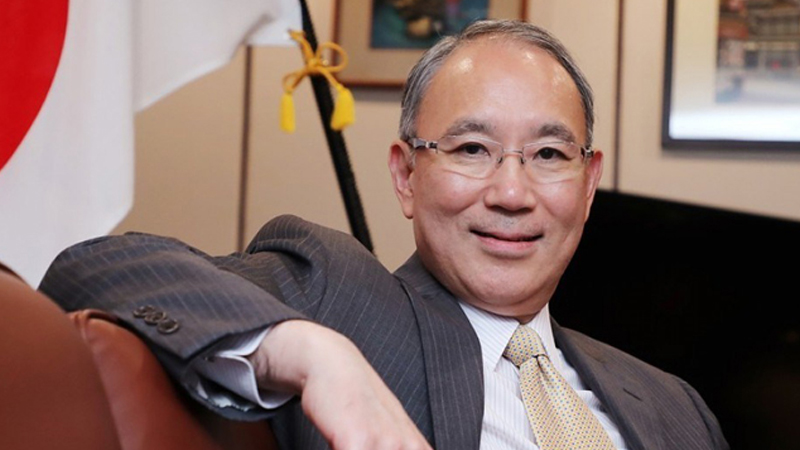 Ambassador of Japan to Pakistan Matsuda Kuninori has congratulated Pakistani people on the occasion of the country’s 74th Independence Day, which is being marked today, and reiterated his resolve to work together to further deepen and strengthen the existing friendly relations between the two countries.

“On behalf of the Government and the people of Japan, I would like to express our sincere congratulations to the Government and the people of Pakistan on their 74th Independence Day and best wishes for further peace and prosperity in Pakistan. I would also like to appreciate Pakistan’s efforts to maintain stability in this region and its contribution to various UN peace-keeping missions all over the world, and I am sure Pakistan will continue doing so,” said the ambassador in his message of felicitation on Thursday.

The ambassador mentioned the decades-old history of Japan-Pakistan cordial relationship and Pakistan’s significant role during the reconstruction of Japan after WWII. He said when Japan started to pave the way for reconstruction after the end of WWII, Pakistan was one of those countries which manifested tolerance towards Japan and welcomed its return to the international community as a signatory of San Francisco Peace Treaty in 1951. “I would like to express my heartfelt gratitude to the Government and the people of Pakistan for that critical and generous support of reconciliation,” he added.

Ambassador Matsuda assured Japan’s commitment to continuously supporting Pakistan’s socio-economic development and promised that he continues working on strengthening political, economic, cultural and people-to-people ties between Japan and Pakistan. In particular, the ambassador added, in response to the challenges of Covid-19 and locust invasion, Japan has provided assistance for Pakistan’s efforts to fight those difficulties and will continue to support Pakistan, as global cooperation is indispensable to tackle the on-going and borderless challenges.