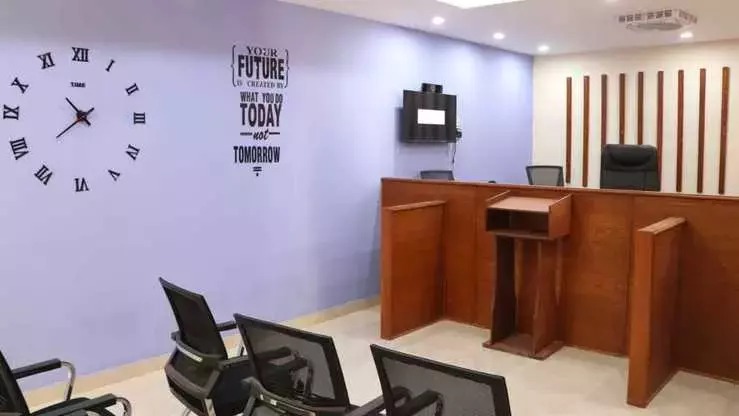 The Peshawar High Court has opened a child protection court in the tribal district of Pakistan. The first court in tribal area is functional in Ghalanai area of Mohmand tribal district, Khyber Pakhtunkhwa.

The newly established special courts have colorful walls, paintings, toys, books, sofas and chairs to offer a friendly environment to the children. The court was inaugurated virtually by the Chief Justice Justice of Peshawar High Court (PHC) Waqar Ahmad Seth on August 8th, 2020.

Salman Khan, 30 is belong to the Mohamand district. He is among the ones who submitted an application for bail on behalf of his brother, who has been detained on murder charges. He does not have a lawyer yet, as he is not familiar with the formal proceedings of filing a case but he hoped that he will get justice.

Children under 14 years of age constitute almost 35% of Pakistan’s population across Pakistan. For them six countrywide child protection courts, four are established in Khyber Pakhtunkhwa including tribal area of Pakistan. They’re functioning in Peshawar, Mardan, Abbottabad and Mohammad district under the province Child Protection and Welfare Act, 2010, and Juvenile Justice System Act, 2018.

She detailed tribal area as war throne area which make briefed impact on children said that “The province and especially tribal areas has long served as a hotbed of extremism and terrorist activities, and extremists have sought to lure impoverished, neglected children into becoming suicide bombers with promises of a glorious afterlife.

Now after peace return in tribal area and the constitution of Pakistan is implemented then the government should established child protection court in every district of the province, Hussain added.

Furthermore she elaborate child court across the world said that “there should be children friendly environment in child protection court where children could share their feeling without any fear and stress. In additional, her applause government for taking much-needed step for children in tribal area said that “In our court system, too much rush and police and criminals are roaming in the court due to which children statement and testimony are affected, Hussain concluded.

In Khyber Pakhtunkhwa, the three courts have convicted 11 men and a woman for offenses against children, including rape, murder, unnatural offence and kidnapping. However, in the first court five different cases have been submitted to the courts in the newly merged district Mohmand, Khyber Pakhtunkhwa.

According to the latest data released by the high court about the three child courts, for the first time in the country, four boys in conflict with the law availed provision of diversion under the Juvenile Justice System Act (JJSA), which is a form of rehabilitation contributing to keeping away children from detention as much as possible and reform them into positive citizens.

Moreover, the average time to dispose of a case in KP in those pilot child courts is 99 days, while the national average rate for those courts is 128 days. The data shows that 1125 children (89 per cent boys and 11 per cent girls) in conflict and in contact with the law have benefited child sensitive justice services in child courts.

In 2019, a total of 2,846 cases of child abuse were reported from all four provinces of Pakistan. However, the courts in Khyber Pakhtunkhwa so far have resolved 1,140 cases related to children, 93% boys and 7% girls. However about 202 child victims of abuse or exploitation appeared in these courts, 79% boys and 21% girls.

He elaborate that “The objective of the courts is to protect children who are victims of child-abuse, maltreatment and neglect, as well as juvenile detainees, Mohamand added.

He express that such development is the Part of the ongoing concern stems from extremists who lure impoverished, neglected children into becoming suicide bombers with promises of a glorious afterlife, Mohamanad Concluded.