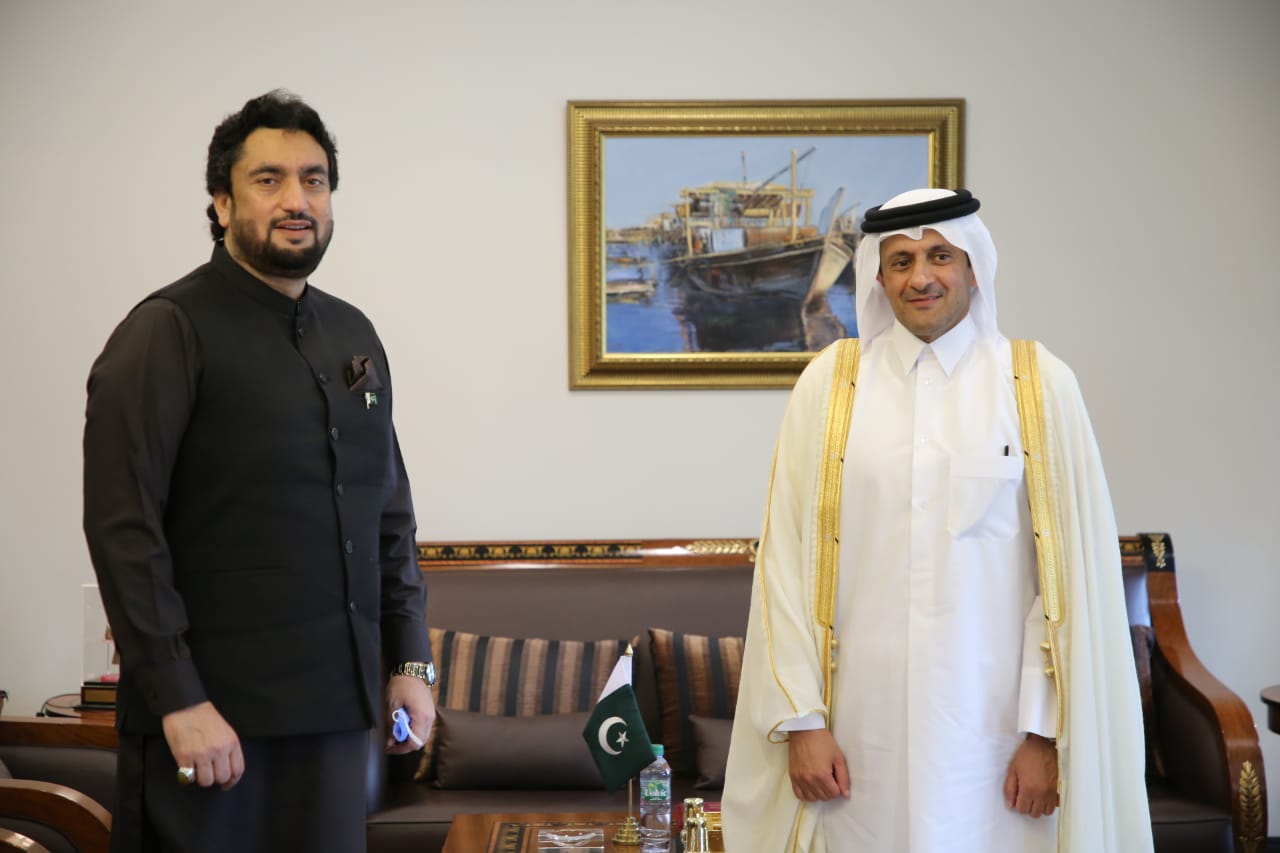 Minister of State for States & Frontier Regions Shehryar Khan Afridi Thursday said that Qatar, Pakistan friendship is a model in diplomatic relationship and both the countries would keep working to help the refugees and stateless people affected by wars and conflicts.

Mr Afridi expressed these views in a meeting with the Ambassador of Qatar, Sheikh Saoud bin Abdulrahman Al Thani at Qatar Embassy, Islamabad. During the meeting, the two leaders discussed bilateral relations and ways to enhance them, as well as other issues of common interest.

Shehryar Afridi said that the way Qatar government has been helping the Syrian refugees in Turkey is remarkable.

“Pakistan has been catering to the needs of around 3.5 million Afghan refugees for past 40 years and we know what it takes to help the refugees. We have a long border with Afghanistan and we have a number of Afghan Labour and students too,” the minister said.
He said that other than refugees, there are 12 million stateless people who need the support and assistance from the prosperous world.
” When we talk of humanity, we need to help those who are needy. There are around 45,000 Kashmiri stateless people who were forced out of their homes and their state. They need our support,” said the minister.

Shehryar Khan Afridi said that the Emir of Qatar is very close to heart of Prime Minister Imran Khan and he hold Qatari leaddrship in high esteem.

“The Qatari assistance to Lebanese government has been a huge step to help the Muslim Ummah”.
He said the relationship between Pakistan and Qatar would grow stronger and stronger by each day passing.

Ambassador Soud said that Qatar is second home for Pakistanis and Qatar government has doubled the number of Pakistani workers who are contributing to Qatar’s development.
“We are willing to expand our investments in Pakistan. Pakistanis are brave people and Pakistan Army is training Qatari armed forces and also the police trainers are doing remarkable job.

We want to allocate funds to support the victims of COVID-19 disease and we can go to hospitals and help the needy,” he said.
He said Qatar government agencies had also provided help to earthquake victims in AJK and Khyber Pakhtunkhwa in year 2005. He said Qatar was also importing goods and food from Pakistan and it was increasing its reliance on Pakistan in future.