Saudi Arabia became enraged after Foreign Minister Shah Mehmood Qureshi’s statements on the OIC’s role in the Kashmir and withdrew one billion dollars given to Pakistan for economic stability. 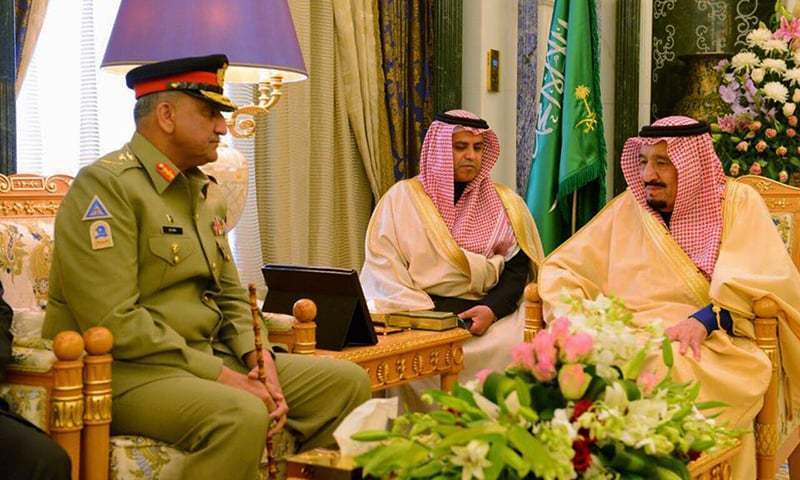 The visit will have conspicuous significance in the backdrop of the developments in the region. Ambassador of Saudi Arabia for Pakistan Admiral Nawaf Saeed Al-Malkiy visited the COAS on Monday and had discussion about the subjects of mutual interest of brotherly countries. It has been officially stated that the matters of mutual interest, regional security situation and bilateral defence relations between the two brotherly countries were discussed during the meeting.

According to the sources, General Qamar Javed Bajwa will have meetings with Saudi King Shah Salman and Crown Prince Muhammad bin Salman. He will brief the royal family on the changing situation in Afghanistan and Indian barbarism in occupied Kashmir. It is hoped that the meeting will clear up misunderstandings between the two countries, the report said.

Saudia Arabia made Pakistan pay back $1bn two weeks ago, forcing it to borrow from close ally China, and Riyadh is yet to respond to Pakistan’s request to extend the oil credit facility.