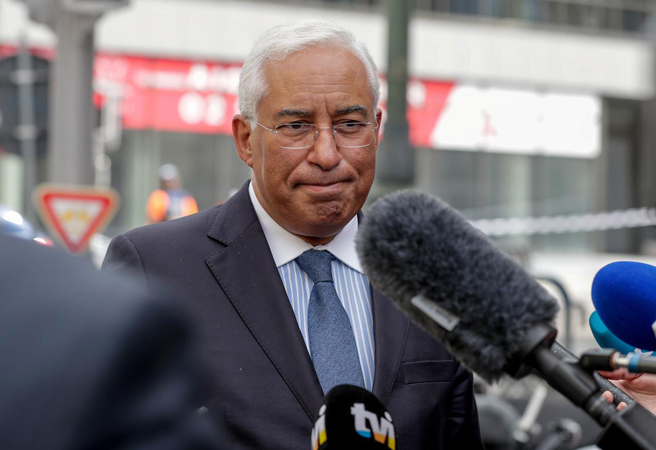 LISBON: Portugal’s Prime Minister Antonio Costa has encouraged fans and tourists to visit the country during the Champions League tournament, which begins on Wednesday, despite supporters being barred from the stadiums due to COVID-19 restrictions. Europe’s top teams are in action in Lisbon in a special ‘Final Eight’ mini-tournament which started with Paris Saint Germain against Italians Atalanta on Wednesday at the Estadio da Luz. Costa said he understood the frustration of those who cannot attend the matches, “But whoever wants to come, be it for the tournament, to spend their holidays, or for any other reason, you are very welcome to Portugal and you can be yourself in Portugal safely”, he said in a statement.

The special tournament, organised by European soccer body UEFA, is being held at two venues in the capital –– including Estadio Jose Alvalade ––- and was arranged after the Champions League was suspended in March due to the COVID-19 pandemic. Instead of the usual two-legged, home and away, quarter-final and semi-final games, the ties will be decided in a single game, with extra time and penalties if needed. The final will be held on Aug. 23. “It is a great honour for us to be able to host this event. It is, on the one hand, the demonstration of the extraordinary organisational capacity of Portugal and the FPF (Portuguese Football Federation),” added Costa. “I hope this is one more demonstration of our excellence. But it is also a form of recognition by UEFA as the safest place to host this competition.”

Portugal has reported a total of 52,945 cases and 1,761 deaths from the novel coronavirus, much lower than many other European countries including neighbouring Spain where more than 28,500 have died. The sunny southern European nation initially won praise for its quick response to the pandemic, but a steady count of several hundred new cases per day in and around Lisbon after the lockdown was lifted worried authorities at home and abroad. Though the number of infections in Lisbon has been slowly falling, the toll hurt Portugal’s tourism-dependent economy, with several European nations imposing travel restrictions or issuing warnings. The tourism industry contributed around 15% to gross domestic product in 2018, according to the latest official data. The biggest hit came when Portugal was left off a list of countries Britain, its leading source of tourism, considers safe enough for travel without coronavirus-related restrictions.

The need for holidaymakers returning to Britain from Portugal to quarantine for 14 days has particularly affected the southern Algarve region, popular among Britons for its sandy beaches and golf courses. The other quarter-final matches this week see RB Leipzig play Atletico Madrid, Bayern Munich verus Barcelona and Manchester City against Olympique Lyonnais.