Paris marathon cancelled as COVID-19 cases pick up in France 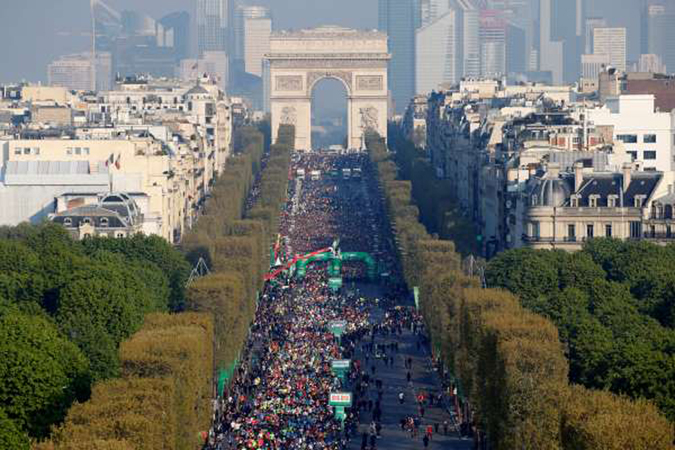 PARIS: This year’s Paris marathon has been cancelled, organisers said on Wednesday, as France battles against a resurgence of the COVID-19 virus. The marathon was originally due to take place on April 5 but had been postponed to Nov. 15 because of the pandemic. “After having tried everything to maintain the event, we, alongside the City of Paris, feel obliged to cancel the 2020 edition of the Schneider Electric Marathon de Paris and the Paris Breakfast Run,” organisers said in a statement. “Faced with the difficulty that many runners, it was decided that it would be better if we organised the Schneider Electric Marathon de Paris in 2021.” The Paris marathon, one of the most popular events on the global running calendar which routinely attracts over 40,000 participants, is the latest to be disrupted by the worldwide novel coronavirus outbreak. In June, the New York City Marathon was cancelled while the Boston Marathon was also scrapped for the first time in its 124-year history. Marathon majors in Berlin and Chicago were also cancelled while the London Marathon also was postponed to Oct. 4.