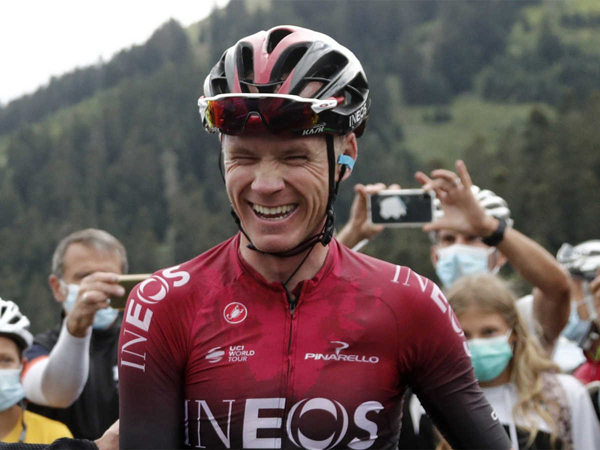 PARIS: Four-time Tour de France winner Chris Froome returned on Wednesday to the Criterium du Dauphine, where a horrific crash in 2019 almost ended his career. Froome broke a leg, ribs and an elbow on the race in June 2019, when he hit a wall at 60km/h after taking his hands off the handlebars to blow his nose. His injuries were so severe he took months to recover and was forced to miss last year’s Tour de France. A year on Froome finds himself down the Ineos pecking order behind his former apprentice Egan Bernal, who won the 2019 Tour.

Froome has announced this will be his last season with the peloton’s heaviest punchers Ineos, and he will join Israel Start-Up Nation in 2021 in order to be the sole leader. The coronavirus pandemic pushed the 72nd edition of the summit slog from June to August 12-16, and while it has been shortened, it is dotted with five sumptuous mountain summit climaxes in some of France’s prettiest panoramas. The race culminates at Megeve near the Swiss and Italian borders, with a majestic view of Mont Blanc opposite. “I’m restarting from less than zero,” Froome told AFP when he first got back on a bike in public. The Criterium will be Froome’s third race after his tentative showing at the Route d’Occitanie and his stronger performance at the Tour de L’Ain helping Bernal on the climbs. “It felt so good to be back in a proper race again,” he said. But Froome has shown little to worry his rivals yet. One Dutch rival, Bauke Mollema of Trek, said of Froome this week: “You can clearly see he hasn’t got the form to win.”

Others have more faith. “These are preparation races,” insists the young Ineos general Bernal. “We need to stay calm.” “The Tour is the target.” Ineos would dearly love Bernal to clinch victory here where Geraint Thomas won in 2018 and Froome in 2015 and 2016. French climber Romain Bardet suggested Ineos can take stock here of where they are. “Ineos really impressed me at the Occitanie but they took a bit of a cold shower at the Tour de L’Ain,” Bardet said. “They will undoubtedly want to measure up here. You often see dramatic turnarounds at the Dauphine.”

Roglic the man to beat: The 23-year-old Colombian won the Occitanie, but was dauntingly overshadowed on the climbs by the apparent ease of former ski jumper Primoz Roglic at L’Ain. Vuelta a Espana champion Roglic appears head and shoulders the strongest cyclist in the peloton right now and the 30-year-old also has a formidably strong team around him. Roglic and Bernal may not have it all their own way as every rider who made the top 12 of the 2019 Tour de France is on the roster here amongst the 23 seven-man teams. French climber Thibaut Pinot will be a Tour challenger this year again and promised this week “we’ll be competitive” when asked about the 18 climbs (over category two) on the five stages.

Colombia have a string of contenders too, their national champion and Tour of Colombia champion Sergio Higuita, and former Giro and Vuelta winner Nairo Quintana first amongst several tough challengers. Cycling may be growing as a sport, but it remains far from football or tennis in revenue and whoever wins the Criterium gets a 10,000 euros ($11,795) first prize with a total of 85,000 euros in prize money for stage victories and the various jerseys.