* 'From what I understand, it's about Sharon and I and our relationship,' Ozzy says 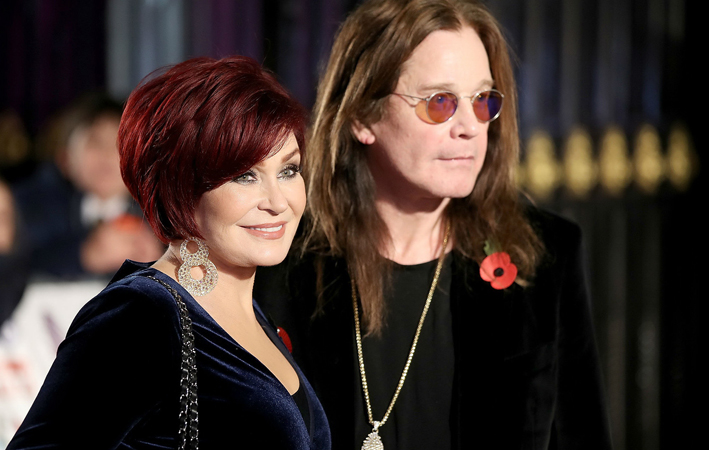 A film about the life of Ozzy Osbourne is in its “very, very early” stages, according to Jack Osbourne, whose production company is working on the picture.

“From what I understand, it’s about Sharon and I and our relationship,” Ozzy says. “It’s how we met, fell in love, and how we married. She’s my other half. She grew up a lot with me, and I grew up a lot with her. We celebrated 38 years of marriage just recently.”

Ozzy and Sharon met in the late Seventies when her father was managing metal pioneers Black Sabbath. After the band fired Ozzy, claiming he drank and drugged too much, she took over as his personal manager and encouraged him to form a new group when he was most down on his luck. He released his solo debut, Blizzard of Ozz, in 1980, and it became a Top 10 hit in the U.K. on the strength of the singles “Crazy Train” and “Mr. Crowley.” It has since been certified five-times platinum in the U.S. After divorcing his first wife, Ozzy married Sharon in 1982, and the couple raised three children, including Jack, while Sharon continued to manage Ozzy’s career.

“I hope it will be a story that everybody can relate to,” Sharon says. “You don’t have to be a fan of the music, because it’s a story about a survivor. No matter what life throws at you, you pick yourself up and you start again. It’s just an amazing story of overcoming everything that’s thrown at you in your life.”

Sharon expects the film will be different from other recent Hollywood rock hits, like Rocketman and Bohemian Rhapsody. “It’s not like any other story,” she says. “It’s not like, ‘rock & roll, crazy, and now I’m a granddad.’ It’s so much more than that.”

Ozzy and Sharon met in the late Seventies when her father was managing metal pioneers Black Sabbath. After the band fired Ozzy, claiming he drank and drugged too much, she took over as his personal manager and encouraged him to form a new group when he was most down on his luck

She also hopes the film will be grittier than recent musician biopics, singling out Bohemian Rhapsody as “a Hallmark rock movie.” “I get why they did that, because it was for a younger generation,” she says. “It was squeaky clean. It was, ‘Those songs will live forever,’ and it turned a whole generation onto Queen’s music that had never heard before. So with that, it was phenomenal. But I don’t think it was a great movie. They changed the timing and everything in it. That’s why it was, like, made ‘nice’ and that’s what made it a Hallmark movie.”

Although she hopes the Ozzy film will make fans out of moviegoers who don’t already know the Prince of Darkness’ music, she says they’re approaching it differently than Bohemian Rhapsody. “Our film will be a lot more real,” she says. “We don’t want it to be squeaky, shiny clean and all of that. We’re not making it for kids. It’s an adult movie for adults.”

So has Ozzy given any thought about whom he wants to play him? “No, not really,” he says. “Sharon wants to get an unknown actor.”

Ozzy, Sharon, and Jack are currently all starring together in a funny new TV show, The Osbournes Want to Believe, where they watch and debate home videos that allege to capture paranormal happenings, from UFO sightings to poltergeists. The series airs on the Travel Channel on Sunday nights.

Ozzy’s life will also be the subject of an upcoming documentary for A&E, which Jack Osbourne’s company produced. Biography: The Nine Lives of Ozzy Osbourne will premiere on September 7.