The US vs China: Who is in charge?

Global obstacles call for global leadership. For the past 75 years, America has spearheaded the campaign against any worldwide issue. 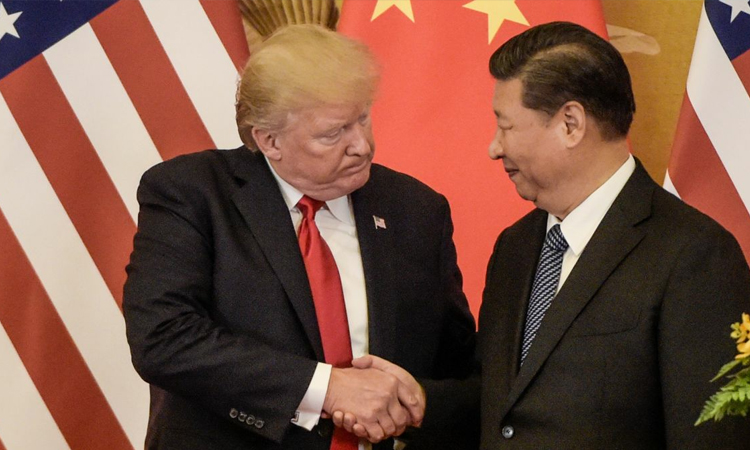 However, the dramatic evolution of the international order in the past few years has altered this pattern. COVID-19 has catalysed Chinese domination as a global superpower, bringing the nation in a face-off with “Uncle Sam.”

Tensions between the countries have reached a critical stage since the diplomatic relations normalised four decades ago. The US and China first signed a bilateral trade agreement in 1979; causing rapid growth of trade from $4 billion in 1979 to $600 billion in 2017. As the US ushered China into the World Trade Organisation in 2001, there was a facile expectation that as China would grow richer, it would turn into a liberal democracy. However, much to America’s dismay, China stuck with its “socialism with Chinese characteristics.”

The conflict rages on to this day. But it has been exacerbated under the presidency of Mr Donald Trump, with tit-for-tat reprisals in trade, defence, technology, travel restrictions and other categories.

Perturbed by the colossal $367.4 billion trade deficit with China in 2015 and their economic might, President Donald Trump, in his 2016 campaign trail, inflamed Americans by remarking, “We can’t continue to allow China to rape our country.” As yet, the US has imposed tariffs on $550 billion worth of Chinese products. China, in a tit-for-tat strategy, has enforced tariffs on $185 billion worth of US products. By 2018, the deficit had reached its all-time high touching almost $419 billion, which then sunk to $345 billion in 2019.

However, in January, both countries signed a Phase One deal; easing 18-month trade restrictions.

Both superpowers have not hesitated to malign each other’s reputation in an attempt to manipulate and exploit the masses to discredit the other. China’s lack of openness with the world in the early days of the pandemic became a topic of intense geopolitical debate. Mr Trump and his administration routinely described the virus in racist and vilifying terms, from the Wuhan virus to Kung Flu. Consequently, a Pew Research Centre survey conducted in March 2020 stated that roughly two-thirds of Americans have an increasingly unfavourable view of China. The Chinese foreign ministry responded similarly by accusing the US army of bringing the coronavirus into China.

On July 22, 2020, the US abruptly called the closure of the Chinese consulate in Houston; accusing them of espionage and “intellectual property theft.” China retaliated by calling the move illegal and ordered the shutdown of the US consulate in Chengdu, accusing the staff of meddling in its internal affairs.

The US and China also clashed over the imposition of the controversial new security law in Hong Kong. Despite its insistence on supporting anti-China rhetoric, the international community could not muster enough pressure at the UNHCR to stop this law from being passed. On the flip side, China was able to rally 53 countries in its favour, 25 of which were African countries.

This emergence of China as a world power has shifted the pattern of international alliances.

The Belt and Road Initiative, launched in 2013, a transcontinental infrastructure development strategy, has been China’s silver bullet to tackle America’s geopolitical hegemony. Projects ranging from the Doraleh Multipurpose Port in Djibouti to Lagos-Calabar railway in Nigeria, to the 926-km railway line in Iran, are all lucrative prospects for the economically struggling countries.

In a 2019 research paper, Johns Hopkins professor Deborah Brautigam concluded that contrary to the popular belief in the West, African countries do not view themselves as victims of Chinese economic exploitation.

China’s soft loans, ability to meet rapidly increasing demands for goods and services, troops participation in UN Peacekeeping missions (five of which are in Africa), and unparalleled success in lifting about 800 million people from poverty have won the hearts and minds of the Africans. In 2018, the value of the China-Africa trade was $185 billion, up from $128 billion in 2016.

According to the Brookings Institution, “…China, as a major funder of infrastructure projects, has been welcomed by most developing countries. China is seen as more flexible and less bureaucratic.” (2017)

Global governance institutions like the IMF and the World Bank, however, have strict criteria of accountability and political/economic conditionality before granting any loans or aids, which do not always serve the best interests of the countries. In recent years, according to the Kiel Institute for the World Economy, China’s lending has exceeded the joint loans of the IMF, the World Bank, and the Paris Club.

In response to the Chinese influence in Africa, the US EXIM Bank approved the $4.7 billion in direct loans to Mozambique to fund a massive LNG project in 2019.

Similarly, across Latin America, China has signed up 14 of the 20 countries for its BRI projects including Mexico, Venezuela, and Chile. Closer economic links have opened the door for closer political alliances. For instance, on the issue of Taiwan, Panama, the Dominican Republic, and El Salvador have sided with China since 2017. In return, they have secured infrastructure funding and financing.

China and Russia’s strategic alliance is also an increasing threat to Western countries. In March 2018, France proposed a briefing on human rights violations in Syria at UNSC, opposed successfully by Russia and China. In April 2018, China, in support of Russia, abstained from a draft resolution to investigate the use of chemical weapons and four days later voted in favour of Russian backed resolution condemning US-led airstrikes.

Russia and China have also partnered in a “financial alliance.” The use of the dollar in bilateral trade stooped below 50 per cent for the first time in history in 2020, limiting their dependence on the US currency.

In a dramatic new development, for the first time, China has also surpassed the US in having the most Fortune 500 companies.

Under Mr Trump’s presidency, the US has halted its funding to WHO, scaled back its contribution to the UN, and has pulled out of the Paris agreement on climate change, the nuclear deal with Iran, and the transpacific partnership. With unprecedented levels of economic disaster caused by the pandemic and the isolative approach adopted by the US geopolitically, America’s leadership has been called into question.

On the flip-side, China committed $30 million to the WHO one week after Trump’s withdrawal, has become the second-largest contributor to the UN’s peacekeeping budget, recommitted in November 2019 to send a strengthened NDC to Paris Agreement 2020, drafted a sweeping economic and military partnership with Iran, and has increased the number of BRI members to 138 countries, as of March 2020, positioning itself as the new global leader.

US President Richard Nixon once said he feared he had created a “Frankenstein” by opening the world to the Chinese Communist Party. As his fear comes to life, the escalating clashes between the two global superpowers have fragmented the international order, for the first time, into an American-dominated sphere and an equally competitive, if not more, Chinese- dominated sphere.