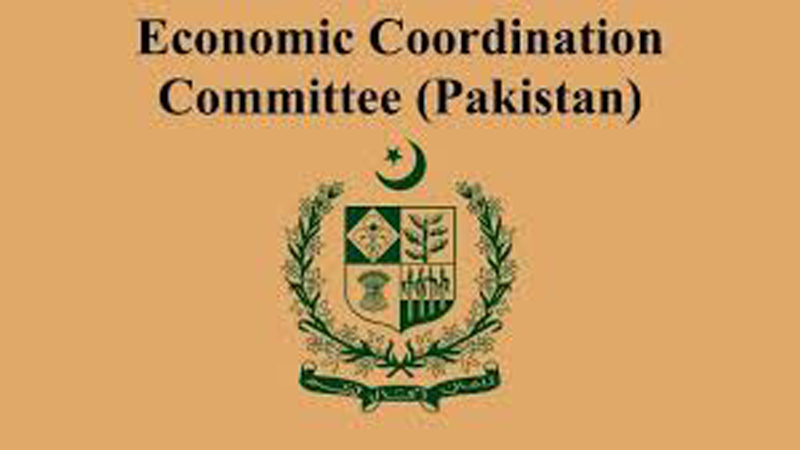 The Economic Coordination Committee (ECC) of the Cabinet on Wednesday gave go-ahead in principle to the payment of all liabilities and responsibilities resulting from a debt of US$ 105 million secured by the Pakistan International Airlines Corporation Limited (PIACL) owned Roosevelt Hotel in Manhattan, New York.

The ECC meeting chaired by Adviser to the Prime Minister on Finance and Revenue Dr Abdul Hafeez Shaikh also asked the Finance Division to engage with Law Division, Aviation Division and Planning Commission to formalise the mode of payment/refinancing as per schedule of the loan contracted by the Roosevelt Hotel to meet its financial challenges, and submit to ECC in its next meeting for formal approval.

The ECC took up and approved a proposal by the Cabinet Division for re-allocation through technical supplementary grant of lapsed funds of Rs 8.01 billion under sustainable development goals achievement programme (SAP) to respective Ministries and Divisions.

The ECC approved amendments to the Import Policy Order 2016 to streamline international trade in live animals and their meat products in accordance with the international rules and practices.

The committee approved a proposal by the Finance Division to allow the Asian Development Bank to launch Offshore Pakistan Rupee (PKR)-Linked bonds based on conducive market conditions.

The ECC approved a revision in key terms of Prime Minister’s Kamyab Jawan Youth Entreneurship Scheme for making the scheme accessible to all Pakistani citizens meeting the laid-down criteria.

The ECC also okayed a proposal by the Ministry of Inter-provincial Coordination for grant of exemption from payment of annual renewal fee of licences issued to travel and tourism related business.

The financial impact of the one-year fee exemption comes to approximately Rs 17 million.

The cabinet committee also took up the rescheduling/restructuring of financing facilities and deferment in re-payment of principal loan amount by one year upon a written request of the borrowers received before June 30, 2020 to mitigate the effects of COVID-19, and extended the same facility to borrowers under Prime Minister’s Youth Business Loan Scheme (PMYBL) and Prime Minister’s Kamyab Jawan Youth Entrepreneurship Scheme upon written requests received before 30th September 2020 provided the borrowers would continue to service the mark-up amount as per the agreed terms and conditions of the relevant scheme.

The ECC approved a proposal for additional funds equal to US$ 3 million for contribution towards SAARC COVID-19 Emergency Fund announced during the video conference of SAARC leaders in March 2020. The ECC was told that similar contributions from other member countries had also been announced.

The ECC approved a supplementary grant of Rs 540 billion having remained unutilised due to procedural conditions under the COVID-19 relief measures announced in FY2020-21.

The committee also considered a proposal by the Revenue Division for arrangement of Rs 40 billion for payment of Income Tax refunds of up to Rs 50 million pending since 2013.

It approved the proposal and asked the Finance Division to arrange the required funds.

The Chair also asked FBR to apprise the ECC of current status of pending refunds with the observation that payment of refunds to the taxpayers was the topmost priority of the government and taxpayers had already been given Rs 250 billion tax refunds in the outgoing financial year, which was more than double the amount of refunds paid to taxpayers in the previous year.