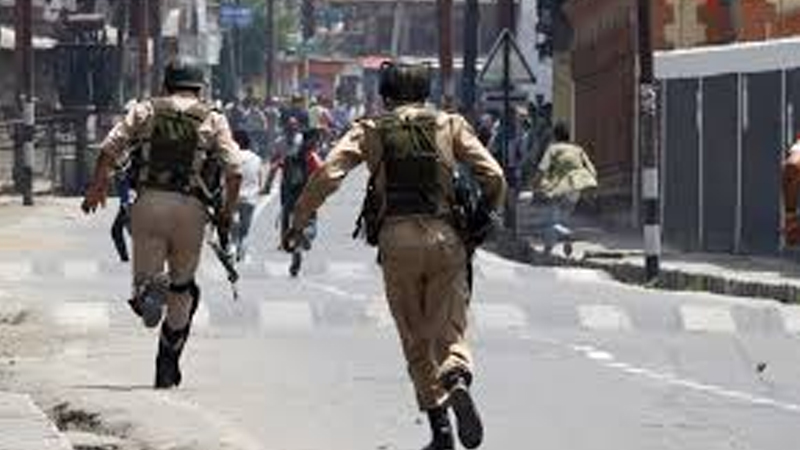 In Indian Illegally Occupied Jammu and Kashmir, Indian troops in their fresh act of state terrorism martyred one Kashmiri youth in Pulwama district.

The troops martyred the youth during a cordon and search operation in Kamrazipora area of the district. Earlier, one Indian soldier was killed and another injured in an attack in the same area. The operation was going on till last reports came in.

Director General of Police, Dilbagh Singh, claimed that the slain youth was a militant who was identified as Azaad Lelhari.

Pakistan has strongly condemned the extra-judicial killings of Kashmiris in fake encounters by occupation forces in the Indian Illegally Occupied Jammu and Kashmir (IIOJK). In a statement, Foreign Office said these condemnable crimes against Kashmiri youth by the Indian occupation forces are being perpetrated with complete impunity, under the cover of draconian laws.