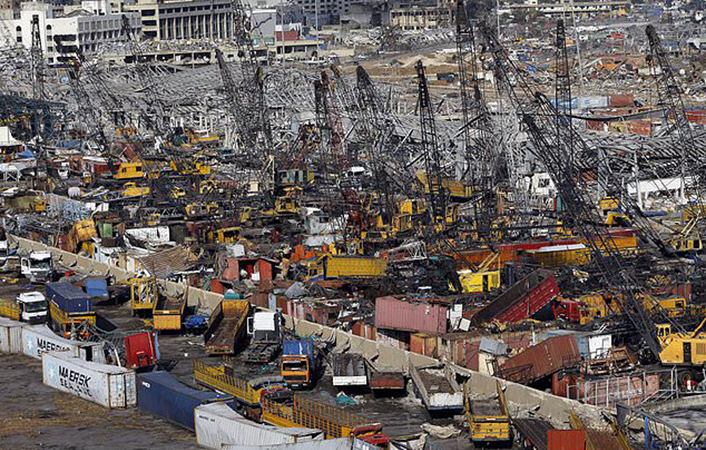 About four years before the Beirut port explosion that killed dozens of people and injured thousands, a US government contractor expressed concern to a Lebanese port official about unsafe storage there of the volatile chemicals that fueled last week’s devastating blast, American officials said Tuesday.

There is no indication the contractor communicated his concerns to anyone in the US government. His assessment was noted briefly in a four-page State Department cable first reported by The New York Times. The cable, labeled sensitive but unclassified, dealt largely with the Lebanese responses to the blast and the origins and disposition of the ammonium nitrate, which ignited to create an enormous explosion. But it also noted that after the Aug. 4 explosion, a person who had advised the Lebanese navy under a US Army contract from 2013 to 2016 told the State Department that he had “conducted a port facility inspection on security measures during which he reported to port officials on the unsafe storage of ammonium nitrate.”

Concerns about the ammonium nitrate were known within the Lebanese government before the deadly blast, officials said. The contractor, who was not identified by name and is now a State Department employee based in Ukraine, was in Lebanon to provide instruction to members of the Lebanese navy. While there, he made a brief, impromptu inspection of physical security at the facility in 2015 or 2016 at the request of a port official, US officials said. The contractor was not identified. The contractor, who has a background in port and maritime security, noted weaknesses in security camera coverage and other aspects of port management but was not assessing safety issues, according to the US officials, who spoke on condition of anonymity in advance of a planned public statement.