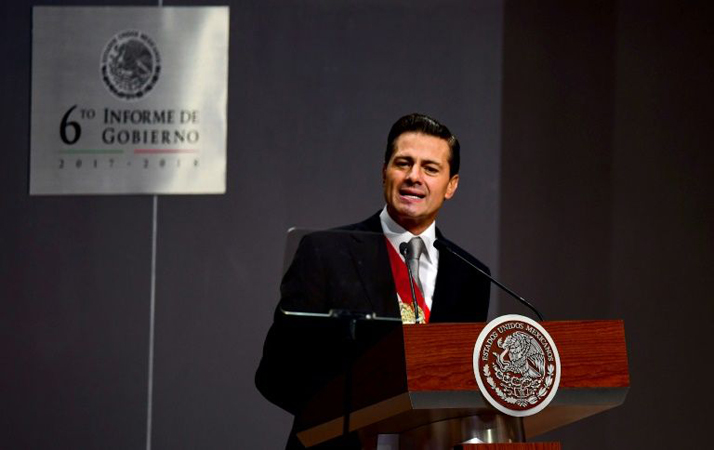 The explosive allegations from Emilio Lozoya, who was Pena Nieto’s chief international strategist prior to the 2012 election, are the latest twist in a scandal that has shaken Latin America.

Lozoya has admitted that bribes of more than $4.4 million “were mainly used for the 2012 presidential campaign,” Attorney General Alejandro Gertz told reporters.

“That amount of money… came from Odebrecht,” Gertz added.

Lozoya, who went on to head state oil giant PEMEX from 2012 to 2016 during the Pena Nieto administration, has been given the status of cooperating witness.

The 45-year-old alleges that Pena Nieto and his campaign coordinator Luis Videgaray “were the ones who ordered that this money be delivered to various foreign electoral advisers,” Gertz said.

Lozoya says he has four witnesses and has “provided receipts and a video” to support his accusations, the attorney general added.

The Attorney General’s office has “opened an investigation file and we are going to start carrying out all the procedures,” Gertz said.

Lozoya also accused Pena Nieto and Videgaray, then finance minister, of buying votes for structural reforms in 2013 and 2014 including the opening up of the energy sector after 75 years of state monopoly.

Pena Nieto’s successor, President Andres Manuel Lopez Obrador, has said that Lozoya’s cooperation would enable him to reveal “as the main actor in all this robbery, how the cake was shared.”