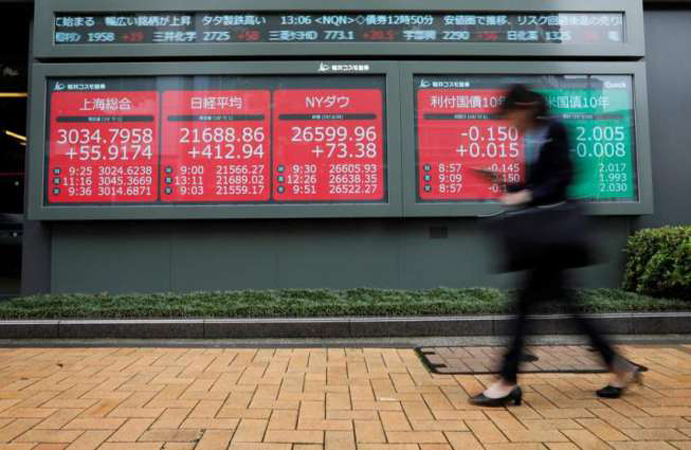 Asian markets extended gains Tuesday as concerns about the China-US trade pact eased, while investors remain optimistic US lawmakers will eventually hammer out a new stimulus for the crippled economy despite talks struggling.

There was also some relief that China did not include any members of Donald Trump’s administration in a group of 11 Americans hit with sanctions in retaliation to a similar US move last week linked to the Hong Kong row.

And while Europe battles a worrying pick-up in cases after weeks of lockdown easing, there are signs the virus is slowing in major states including New York and Texas, and World Health Organization boss Tedros Adhanom Ghebreyesus said it was “never too late to turn the outbreak around”.