US COVID-19 deaths drop for first time in four weeks 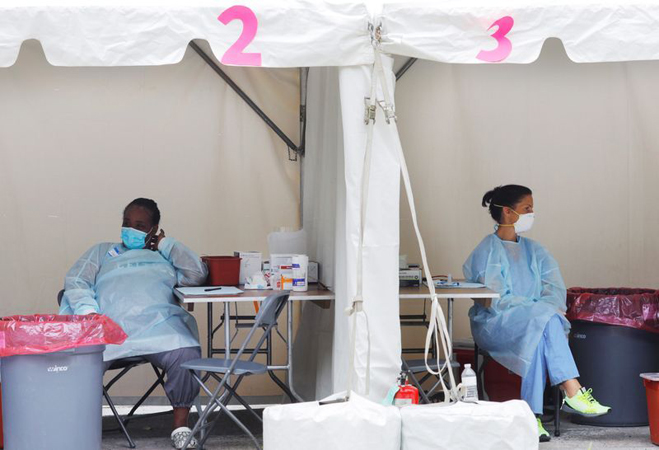 The US death toll from COVID-19 fell 16% to about 7,200 people last week, the first decline in deaths after four weeks of increases, according to a Reuters tally of state and county reports. The country posted more than 376,000 new COVID-19 cases for the week ended August 9, or an average of roughly 53,000 per day. New cases have now fallen for three straight weeks, though the United States still accounts for a quarter of the global total of 20 million cases. Last week’s decline in new cases came largely from recent hot spots. For instance, new cases in Arizona fell by more than 48% in the last week, and on Aug. 9 the state reported fewer than 1,000 cases for the first time since June 29. The rate of community spread in Florida, California and Tennessee remained high, but they all reported fewer cases than in the previous week, according to the Reuters tally.