Rohingya refugee repatriation: three years on, and still in limbo

This August marks three years of the Rohingya refugee crisis without any resolution. In August 2017, close to 800,000 Rohingyas crossed the border into Bangladesh in less than two months in the face of Myanmar’s military brutalities against their own people. The genocidal attacks by the Myanmar army and the forced displacement of Rohingyas from their homeland resulted in one of the worst human catastrophes in recent history. This tragedy continues even today with the ‘clearance operations’ by the Myanmar army forcing thousands more in recent weeks for asylum in Thailand and Malaysia.

Three years on, the United Nations has failed to prevent and/or stop the carnage inside Myanmar, not to speak of repatriation of the Rohingyas to Myanmar. The UN agencies working on the ground are managing the 34 refugee camps in Cox’s Bazar with international aid and assistance and in coordination of the Government of Bangladesh’s Refugee Relief and Repatriation Commissioner (RRRC). In view of the overcrowded living conditions, the recent outbreak of Covid-19 cases in the camps has raised new alarms causing additional stresses among the refugees, who want to return home under appropriate and welcoming conditions.

It seems that Rohingya repatriation will not happen any time soon

Rohingya observers and analysts have put forward various interpretations for the delay in resolving the crisis. The two failed attempts at repatriation were too hastily done without due consideration for creating a proper and right environment inside Myanmar. For instance, those military and civilians responsible for ethnic cleansing and slaughtering of Rohingya men, women and children were not brought to books and tried for the genocide committed against the Rohingya minorities. Instead, the government in Naypyitaw denied any wrongdoing and refused to entertain any UN led assessment of the allegations of crimes against humanity.

Secondly, the repatriation deal signed by the Joint Working Groups (JWG) – a framework agreed by Dhaka and Naypyitaw to handle Rohingya repatriation – did not fully endorse the political and social rights of the Rohingyas upon return to Myanmar. It is alleged that Bangladesh officials gave in too much in the hurriedly struct repatriation deal and as a result, Naypyitaw had an upper hand in approving any list of returnees, including the so-called Bangladeshis, living “illegally” in Myanmar. 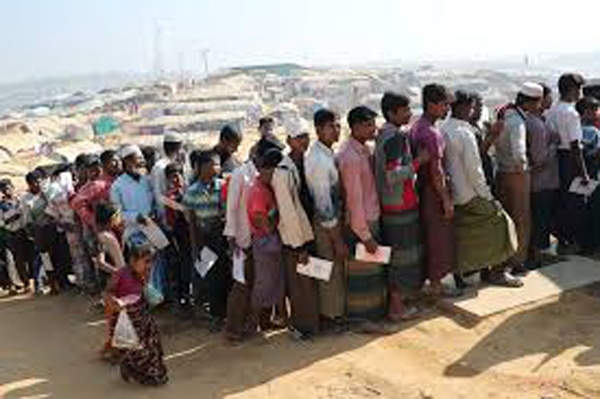 Thirdly, the major players such as China, India, and Japan were never effectively on board for a fair and sustainable solution of the crisis due to their partisan geo-political interest in the region. The role of the Association of Southeast Asian Nations (ASEAN) – with Myanmar as a member state – equally proved very disappointing, rhetorical and and according to one analyst “totally shameful” as the regional body failed to take any positive action during the last three years for repatriation of over a million Rohingyas from Bangladesh.

Fourthly, Myanmar leaders are currently completely immersed in their 2020 general election mood. In view of this political context and the ongoing Covid-19 pandemic globally, the repatriation of the Rohingyas is not in their agenda or horizon. Indeed, the next meeting of the JWG for repatriation talk is currently on temporary hold. Even after the election, and the likely win by Aung San Suu Kyi, an immediate re-start of the repatriation talk is extremely low. Indeed, it is feared that Myanmar may not ultimately be willing to take back the Rohingyas at all. Myanmar denied the International Court of Justice’s accusations of genocide against Rohingyas in Rakhine state following the ruling by the UN top court.

Finally, Bangladesh is experiencing many social, economic and environmental impacts of the Rohingya crisis; as a result, the government wants early resolution as well as safe and dignified return of the Rohingyas to Myanmar. For Bangladesh, the Rohingya crisis has brought significant security concerns – both political and military. However, under the current Covid-19 environment in the refugee camps and the challenges to contain the pandemic from becoming the new epic centre, the Bangladesh government and the UN agencies in Cox’ Bazar are now busy dealing with the Covid crisis over repatriation of the refugees.

Bangladesh has very little choices now but to live with the refugee situations for the foreseeable future. Presently, the focus seems to effectively deal with the pandemic and investments of resources toward improving the living conditions in the camps and the host communities. Since the camps are entirely reliant on humanitarian assistance, it is imperative that the international community continues its support to sustain the refugee population to tide over these difficult times.