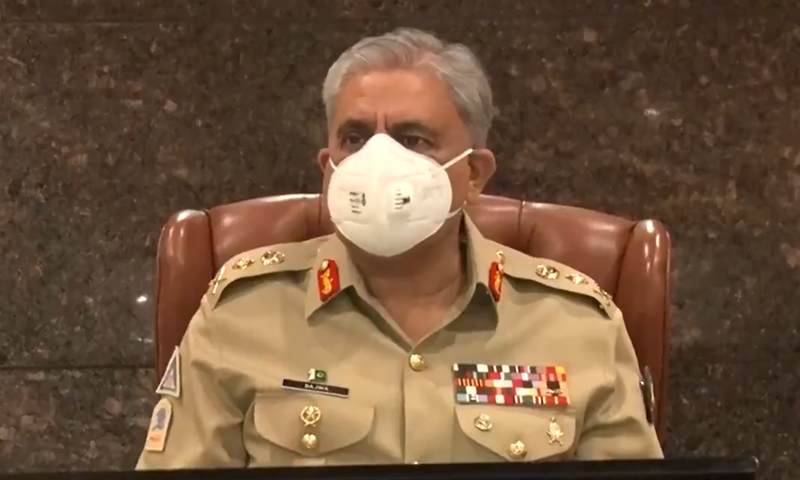 Pakistan Army commanders Tuesday lauded the progress on the Afghan reconciliation process and hoped for early commencement of intra-Afghan dialogue, the Inter-Services Public Relation said in a statement.

According to the ISPR, Chief of Army Staff General Qamar Javed Bajwa chaired the Corps Commanders’ Conference at the army headquarters and expressed satisfaction on operational preparedness of formations besides appreciating the efforts in aid of civil administration to contain the Covid-19 pandemic and locust threat.

“Geo-strategic and national security issues [were] discussed [at the meeting]. The forum reviewed the situation at LoC, Pak-Afghan border, and internal security environment,” the ISPR said, adding that the forum lauded the progress of the Afghan reconciliation process and hoped for early commencement of intra-Afghan dialogue.

The army chief directed commanders to ensure necessary measures for public safety and security during Muharram along with civil administration with due cognisance to Covid-19 guidelines and protocols. The army chief also lauded timely and effective response of troops to recent floods in Balochistan and Sindh, especially the mitigation efforts against urban flooding in Karachi. “COAS emphasised to exercise vigilance and take proactive measures in the wake of the ongoing flood situation,” the statement added.

Separately, Foreign Secretary Sohail Mahmood on Tuesday expressed Pakistan’s steadfast support for Afghanistan’s peace and reconciliation process. During a meeting with outgoing Afghan ambassador Atif Mashal here at the Ministry of Foreign Affairs, the foreign secretary said Pakistan is committed to enhance bilateral cooperation with Afghanistan. Outgoing ambassador Atif Mashal in a tweet said during the farewell meeting, he expressed gratitude to the foreign secretary for a strong support and active cooperation extended to him during his diplomatic mission in Islamabad. “We deliberated on the latest developments in Afghan peace process and the need for further strengthening bilateral ties between the two countries,” he said.