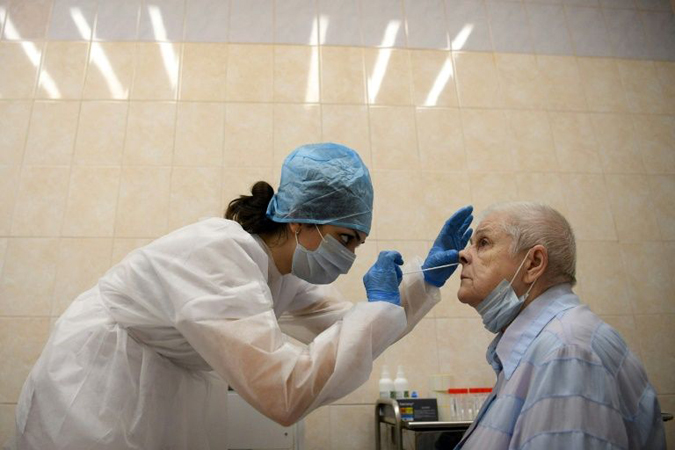 Russia claimed Tuesday that it had developed the world’s first vaccine offering “sustainable immunity” against the coronavirus, as the pandemic marked another bleak milestone with 20 million infections globally.

President Vladimir Putin said that one of his own daughters had received the inoculation, dubbed “Sputnik” after the pioneering 1950s Soviet satellite.

Western scientists have previously raised concerns about the speed of development of Russian vaccines, suggesting that researchers might be cutting corners.

The World Health Organization on Tuesday warned any approval of the Russian vaccine would require rigorous review of data to show its safety and efficiency.

“I know that it is quite effective, that it gives sustainable immunity,” Putin said of the vaccine developed by the Gamaleya research institute in coordination with Moscow’s defence ministry.

Some 20 foreign countries have pre-ordered over a billion doses according to Russia’s sovereign wealth fund, which helped develop the vaccine.

The race for a vaccine heats up as nations across the globe brace for new outbreaks of the disease even as they try to restart economies battered by months of initial lockdowns to curb the spread.

An AFP tally from official sources showed that by 1100 GMT Tuesday, the number of confirmed infections worldwide passed 20.1 million, having topped 20 million the previous night.

Almost 737,000 deaths had been recorded since the virus first emerged in China late last year and spread globally, with the figure expected to surpass 750,000 within days.

Elsewhere in the world, Indonesia said it would launch a “Phase 3” human trial of a vaccine candidate from China’s Sinovac Biotech.

“Phase 3” refers to trials involving large numbers of human test subjects and is usually the last step before regulatory approval.

A WHO overview said 165 candidate vaccines are being worked on around the world, with six reaching Phase 3.

But the WHO’s emergencies director Michael Ryan warned that a vaccine was “only part of the answer,” pointing to polio and measles as diseases with vaccines that have not been fully eradicated.

“You’ve got to be able to deliver that vaccine to a population that want and demand to have that vaccine,” he said.

WHO chief Tedros Adhanom Ghebreyesus has pointed to “green shoots of hope” in countries that had successfully clamped down on COVID-19, such as Rwanda and New Zealand, which says it plans to open a virus-free “travel bubble” with the Cook Islands.

But Wellington on Tuesday reported its first locally-transmitted coronavirus infections in more than 100 days.

“We have all worked incredibly hard to prevent this scenario,” Prime Minister Jacinda Ardern said, but added that “we have also planned and prepared for it.”

So far New Zealand has reported just 22 deaths from the COVID-19 disease, although authorities repeatedly warned a second wave was “inevitable”.

The remote Himalayan kingdom of Bhutan on Tuesday announced its first coronavirus lockdown after months largely shielded from the disease.

And in Europe, the EU’s health agency urged countries to reinstate some controls as new cases began to pick up again.