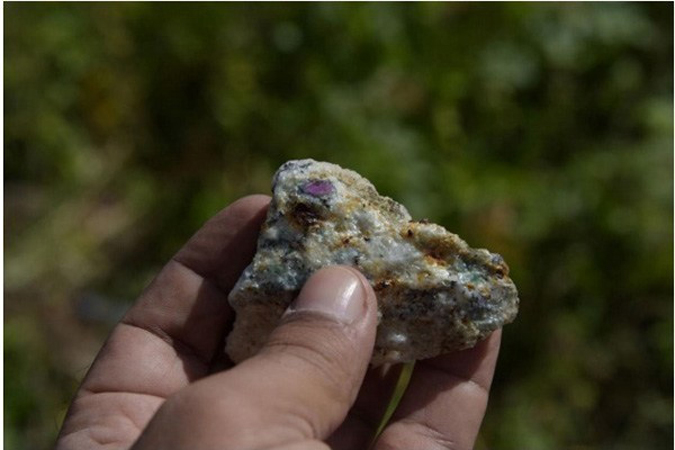 The Petroleum Division (PD) has got approval from the Economic Coordination Committee (ECC) of the Cabinet for setting up a new public sector company aimed at accelerating minerals’ exploration activities in the Balochistan province, which possesses a variety of valuable mineral resources.

“The new entity titled Balochistan Mineral Exploration Company Limited (BMEC) will be a joint venture of the federal and Balochistan governments with 10 percent and 90 percent shares respectively,” a senior official privy to the petroleum sector developments told APP.

Highlighting the company prospects, he said a part of continental-scale Tethyan Copper Belt was located in Chagai District that had tremendous economic mineral potential as “a number of promising ore deposits including of copper (along with associated gold and silver), iron, lead and zinc have already been discovered.”

The official said occurrences of copper and lead-zinc were under commercial exploitation near Saindak (Chagai District) and Duddar (Lasbela District) and world-class copper ore deposits had been found at Reko-Diq (Chagai).

As per the constitutional provisions, minerals other than mineral oil, natural gas and nuclear substances was a provincial subject. The provincial government is responsible for regulation of minerals’ exploration and production activities and grant of mineral titles for these operations. While, the federal government is mandated with a facilitation role like geological surveys, formulation of policy and coordination for minerals sector at national and international levels.

The official said the BMEC had been planned after detailed deliberations by a committee, which was headed by the Chief Minister Balochistan and consisted of representatives from the Finance Division, Attorney General’s Office and Petroleum Division.

The principal business of the company would be prospecting, exploration and marketing of mineral resources of Balochistan. “It is planned to be a self-sustaining entity through selling of feasibility studies or charging processing fees from investors.”

He said a sub-committee comprising representatives of the provincial government and Petroleum Division had prepared the drafts of “Shareholders’ Agreement, Memorandum of Association and Articles of Association of BMEC,” which had also been approved by the ECC.

Elaborating, he said the new mineral sector company would be treated as a provincial entity under administrative control of the Balochistan government. While, the federal government-owned Pakistan Mineral Development Corporation (Private) Limited (PMDC), under the administrative control of Petroleum Division, would represent the GoP and arrange the requisite funding of its share in the joint venture.

He said the joint venture was expected to help boost the optimum exploitation of mineral potential of the Balochistan province, creating large-scale employment in under-developed areas besides revenue generation for the government.

He said the GoP (Federal Government) would inject its 10 percent shareholding amounting to Rs 320 million in two equal tranches through the PMDC.

Commenting to the Shareholders’ Agreement, the official said it would be the principal document defining all rules of the BMEC business relationship between the federal and provincial governments.

“Estimated funding of Rs3.2 billion for two years project duration will be remitted in two tranches; first one within 30 days of the date of incorporation of the company and the second within 30 days of the call by the BMEC’s BoD. The GoP will have 10% share in funding/equity and additional funding subsequently is not binding.”

As per the agreement, initial authorized and paid-up capital of the company would Rs1.6 billion and the parties would not transfer any of their shares for a period of 10 years.

The federal government would be responsible to provide assistance for incorporation of the company, provision of the agreed funding, developing a supportive fiscal regime and ensuring “security and other support commitments, as and when required.”

The official said any ‘Reserved Matter” like amending any of the constitutive documents (except to increase the authorized share capital of the company); to commence or settle any dispute, claim, arbitration or litigation in relation to the company or any subsidiary of the company, directly involving a foreign person; appointment or removal of the CEO and CFO, along with approval of the terms and remuneration of their employment; changing the business of the company, including entering into new business ventures (excluding those already contemplated under this Agreement); borrowing from foreign sources; to acquire or dispose of any assets for or of the company (including Intellectual Property Rights) in excess of the Pak Rupee equivalent of USD 50,000/; and formation of any subsidiary of the company, would be resolved with affirmative vote (100) of the federal and provincial governments.

In case of any deadlock, he said, the matter would be referred to an apex committee comprising the Prime Minister, Chief Minister of Balochistan, Chief of Army Staff, Finance Minister/Advisor and Minister for Planning, Development and Special Initiatives for its resolution. “Composition of the committee may be amended from time to time.”