Conspiracies against development of Punjab will never succeed: Buzdar 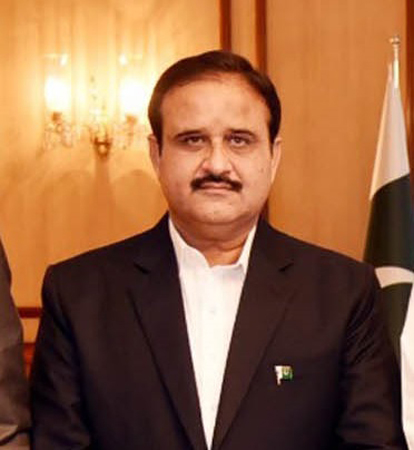 Talking on the occasion, the CM reiterated that the journey of public service will be moved forward under the leadership of Prime Minister Imran Khan while the conspiracies of opponents of development will not succeed. The government will continue to respond to the negative politics of propagandists through public service, he added, and advised the critics to look into their inner self. Overcoming coronavirus is a big achievement of the government as business activities have been resumed in the Punjab and anti-corona strategy of PM Imran Khan has been acknowledged everywhere, he said, and regretted that the opposition tried to politicise pandemic. “Those who levelled allegations will be left behind and new Pakistan will move forward under the leadership of PM Imran Khan,” he said.

The CM assured that problems faced by Rawalpindi city will be resolved and pointed out the reconstruction of Lai nullah will help overcome flood-related damages. A total of 85 billion rupees will be spent on Lai nullah and expressway project, he added. This project will be completed through public-private partnership and four interchanges will be constructed along with setting up a plant to separate rainwater from sewage. The dream of the expressway is the right of locals which will be materialized by the PTI government, he added.

The CM mentioned that tree plantation will help to overcome environmental degradation around lai nullah expressway and road movement of the locals will also be improved. Meanwhile, various online services have also been provided to the citizens through police application besides setting up protection centres for the transgender community in Rawalpindi. On the other side, ten thousand recruitments are being made to fulfil the shortage of staff in the police, the CM added.

In his statement, CM Buzdar asked all relevant departments to keep machinery and staffers on standby as the meteorological department had predicted heavy rains. “The people of the province should be saved from miseries during rains,” he said. He asked the officials concerned to immediately start the draining process and ensure the smooth flow of the traffic.

Heavy but scattered rain wreaked havoc in most of the province. The Met office predicted more rain during the next 24 hours. WASA officials said that the highest rain 107mm was recorded at Tajpura, 105mm at Johar Town, 101mm at Pani Wala Talab, 98mm at Nishter Town, 87mm at Farrukhabad, 82.8mm rain at airport, 81mm each at Lakshmi Chowk and Upper Mall, 76mm at Samanabad, 73.5mm at Gulshan-e-Ravi, 65mm at Chowk Nakhuda, 60mm at Iqbal Town, 58mm at Punjab University and 50mm rain at Jail Road. Several areas of Lahore were inundated with rainwater, which caused difficulties to the citizens.

Separately, Chief Minister Sardar Usman Buzdar has said the role of youth is pivotal in making a new Pakistan. In his message, the CM said that a major portion of the population consists of youth and the government is committed to empowering it in the real sense. He expressed the satisfaction that the tiger force is engaged in public service adding that investment on youth is the priority of the government because youth has tremendous potential. Pakistani youth has brought laurels home and the nation has attached many expectations to the youth. The objectives of the new Pakistan will be achieved by providing resources and opportunities for the empowerment of the youth, the CM added.