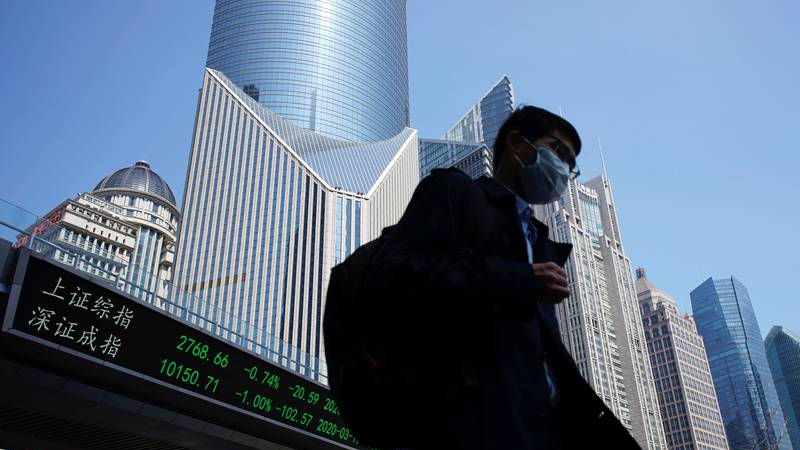 Asian stocks held tight ranges on Monday as worries over flaring tensions between the United States and China weighed on sentiment, although signs of a recovery in industrial activity in the world’s second-largest economy capped losses. European markets were set to open in positive territory, with EUROSTOXX 50 futures up 0.77% and FTSE futures up 0.71%, while E-mini futures for the S&amp;P 500 index climbed 0.19%.

Rounding out the actions, US regulators recommended that overseas firms listed on American exchanges be subject to US public audit reviews from 2022.

“The bigger question for markets is whether these actions jeopardise the US-China trade talks on August 15 and markets will be looking closely for any Chinese retaliation,” said Tapas Strickland, director of markets &amp; economics at National Australia Bank. “The running assumption in markets has been President Trump needed the phase one deal to succeed, as much as China, this side of the November elections… At the same time President Trump is running a hard China line into the elections,” Strickland added.

China’s blue-chip CSI300 was down a shade and Hong Kong’s Hang Seng index fell 0.36% after the arrest of a high profile Hong Kong media tycoon under a new national security law.

In currencies, the dollar fell against the safe haven Japanese yen to 105.79 while the risk sensitive Aussie dollar nursed its losses after falling 1.1% on Friday.

That left the dollar index at 93.35, having struggled on a slippery slope since late June. Weighing on the greenback is uncertainty over US fiscal stimulus after President Trump signed a series of executive orders to extend unemployment benefits after talks with Congress broke down.