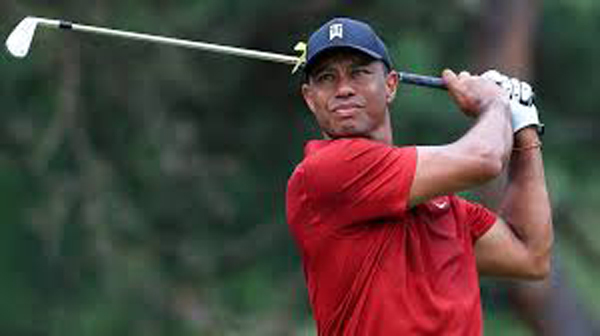 SAN FRANSISCO: Tiger Woods on Sunday said he would skip next week’s PGA Tour event and then “get back at it,” meaning he will likely tee off next at the Northern Trust at TPC Boston on Aug. 19. Woods entered the PGA Championship 48th in the FedEx Cup points and will need a strong showing in Boston and at the BMW Championship at Olympia Fields if he wants to qualify for the Tour Championship at East Lake, which has a field of 30. The good news for 44-year-old Woods is that he played well on Sunday, finished the tournament in the red (one-under 279) and, most importantly, his surgically repaired back was not an issue despite chilly conditions at San Francisco’s TPC Harding Park. “I kept layering up, made sure that I stayed on the warm side, if anything, and tried to make sure I stayed, if anything, sweaty, kept loose,” he said.”Overall the body reacted pretty good.” The year’s first major was just Tiger’s second start since the tour resumed play in June without fans due to the Covid-19 pandemic. He also played at Memorial last month. “We knew once I started playing again when I committed to Memorial that this was going to be a heavy workload, and my training sessions, we’ve been pushing it pretty hard, making sure that I kept my strength and endurance up,” he said. “This week off will be no different. We’ll be pushing it hard to make sure that I can stay strong and have the endurance to keep on going.” Woods will continue his hunt for a 16th major title when the US Open is held at Winged Foot in September, an event that will also be played without fans in attendance.