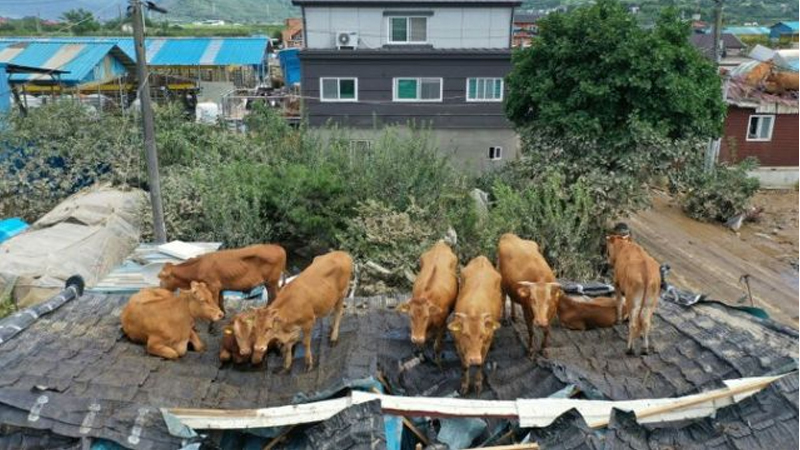 Dozens of cows were stranded on rooftops by floods in South Korea, leaving rescue crews facing a problem the size of several bovines. The cattle floated upwards as floodwaters mounted at the weekend in Gurye, a farming town in the country’s south, and scrambled to safety on the roofs of several houses and other buildings. When the deluge receded, the animals found themselves stranded high and somewhat damp, and on the horns of a dilemma with no way to get down. Pictures showed as many as nine of them standing on one battered rooftop, looking mildly non-plussed. “The cows were swimming as the water level surged and made their way up onto the roof and stayed there even after the floodwaters subsided,” one resident told television channel JTBC. Rescuers brought in a crane and lowered the cattle one by one from the rooftops, hoisting them onto a sling. But while the cows eventually did come home, many were showing symptoms of pneumonia, according to a veterinarian volunteering with the relief efforts.