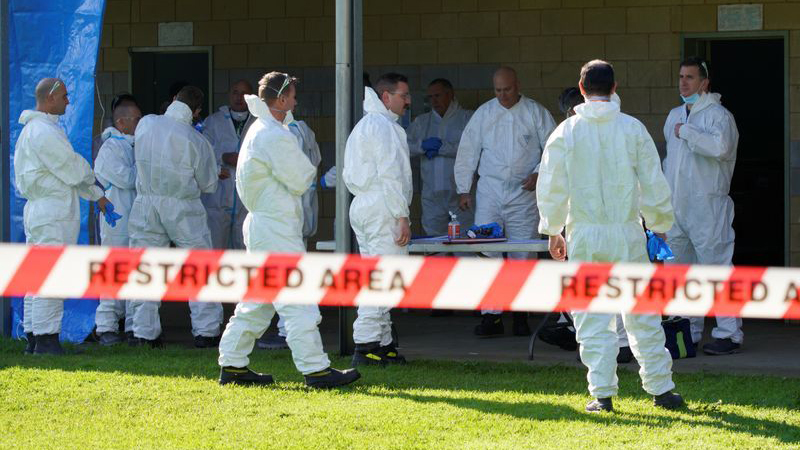 There was, however, some evidence that drastic lockdown measures in the city of Melbourne were having an effect, with daily new infections in the state of Victoria slowing to a near two week low.

“I am more hopeful of that today than I was in the course of the past week,” Morrison told reporters in Canberra, as he called on state leaders to cooperate to allow stranded residents to return home.

Australia’s federal political system has led to its eight states and territories taking different measures in response to the crisis, resulting in several internal border closures.

Victoria state, which is home to Melbourne, the country’s second biggest city and the epicentre of its second coronavirus wave, reported 19 people had died from the virus over the past 24 hours. With some other states still to report daily new case and death numbers, that already marks the country’s biggest single day rise in fatalities.

Melbourne, home to nearly 5 million people, has been in lockdown since early July, with people largely confined to their homes and business shuttered.

State Premier Daniel Andrews said on Monday he understood frustrations but declined to put an end date on the lockdown. “If I could paint you a picture that had any kind of reliability for next week, let alone five weeks away, then, of course, I would,” Andrews said during a televised media conference.

With around 21,000 COVID-19 cases and 314 deaths, Australia has still recorded fewer infections and fatalities than many other developed nations.

It was considered a global leader early in the pandemic, when it was swift to close its international border, impose social distancing restrictions and implement mass virus testing.

But as the country began to reopen, community transmissions rose significantly in Victoria, where triple digit daily new cases have now been recorded for weeks.

Authorities worry the spike in cases in Victoria has already spread to other states despite borders border closures. Australia’s most populous state, New South Wales, reported 14 new cases, and no deaths, on Monday. Twelve cases were linked to known clusters while another was a person in hotel quarantine after returning from overseas, leaving one case with no known links.