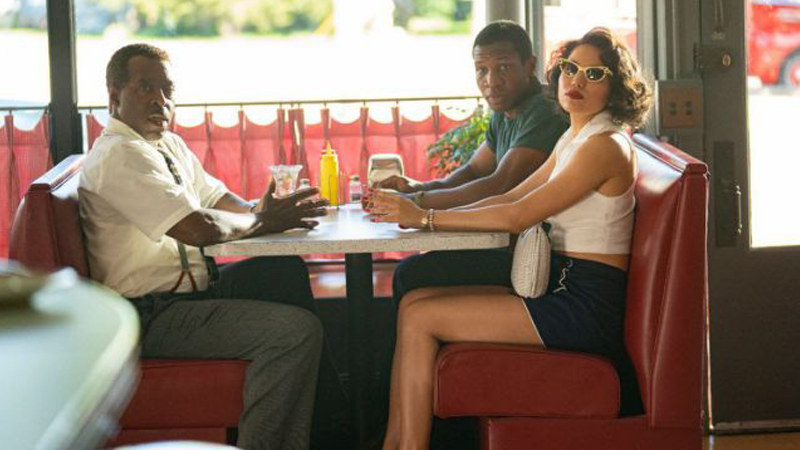 “Lovecraft Country,” a new drama on HBO, begins with a scene of degradation; soldier Atticus Freeman (Jonathan Majors) emerges from a foxhole to see a winged, tentacled creature flying overhead. Another fantastical monster is destroyed by Jackie Robinson, then reconstitutes itself to devour the pathbreaking baseball player when Atticus wakes up from this dream in the back seat of a segregated bus. One sort of horror is over; now Atticus is just a Black man traveling through the American South in the 1950s.

That this represents less a return to safety and more a toggle between different sorts of surreal inhumanity is the case “Lovecraft Country” makes at some length. Created by Misha Green (with Jordan Peele and J.J. Abrams credited as executive producers) and based on the novel by Matt Ruff, “Lovecraft Country” is rooted in traditions of horror, and uses that genre’s tools to argue that, for Black citizens, America is not a problem to be solved but a monster to be outrun. It’s a point well taken, and a case stylishly and often cleverly made. But over the course of this series’ first five episodes, it remains unclear how “Lovecraft Country” will advance itself beyond the shock of monstrosities, both new and familiar.

Atticus, a military veteran, returns home to Chicago’s South Side. He must find his father, Montrose (Michael Kenneth Williams), who he believes has gone to Massachusetts. Searching for Montrose, Atticus — with his uncle (Courtney B. Vance) and friend (Jurnee Smollett) in tow — seems to face the whole country rising up to stop him, from the violence of sundown towns that prohibit Black people at night to a daughter-father team (Abbey Lee and Tony Goldwyn) whose fondness for bizarre ceremony presents danger. As “Lovecraft Country” lands in Chicago, haunted houses, shape-shifting and strange books enter the narrative, sparking reflections on the all-too-real world the characters occupy.

This is territory HBO has ventured into recently. The work of H.P. Lovecraft, the early-20th-century writer whose depiction of boundless, cosmic evil seems both otherworldly and deeply American, wafted through the first season of “True Detective.” Last year, “Watchmen” used elements drawn from genre fiction — in its case, the superhero comic — to tell a story about race as lived by generations of Black Americans. While this critic was skeptical of that show’s ability to keep itself aloft in its early going, the series’ potency and the clarity of its central ideas became impossible to deny.

“Lovecraft Country” faces challenges similar to those of “Watchmen,” with more limited strengths. This show, too, wants to tell a tale that’s big in thematic sweep and iconography. Here, though, what’s borrowed tends to work against the plot: The violence of Lovecraftian horror is so extreme, and the threats so outlandish, that even the most evil impulses of humanity seem an inadequate counterweight. “Lovecraft Country” is more of Lovecraft than of our country. And though the performances are very strong, the characters are so rigorously put through a horror story’s beats as to defy our truly getting to know them until around the fifth episode — a long wait.

What works best is the immense symbolic power, drawn from Lovecraft as well as from Green’s imagination. Previously the creator of WGN America’s “Underground,” Green has shown a gift for making the worst of our nation’s history into the staging ground for a conversation about the totality of its present. That’s on offer here, as well, but will become clearer as and if “Lovecraft Country” figures out the kind of show it wants to be. Surreality is a way to arrive at a deeper meaning, perhaps, but it requires crisply drawn characters to bring us through.