Pakistan a “good example” for the world to follow on coronavirus policies: UNGA president-elect 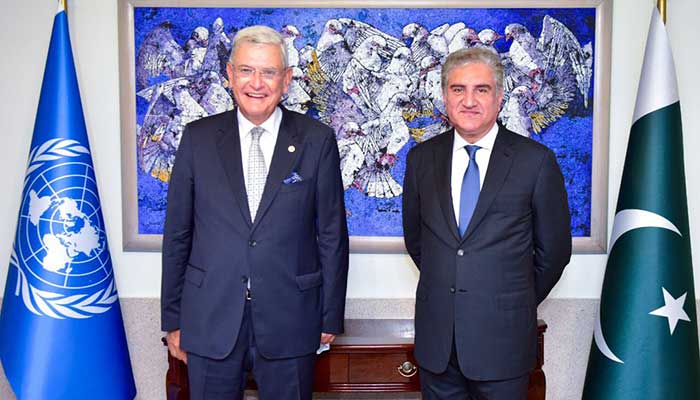 ISLAMABAD: United Nations General Assembly (UNGA) President-elect Volkan Bozkir said Pakistan is a “good example” for the world to follow when it comes to dealing with the coronavirus pandemic.

“Pakistan has been a good example to the world with its policies related to the global pandemic. It has performed better than any other country in dealing with global pandemic and I am happy to observe it also with my own eyes”, Bozkir said while addressing a joint press conference with Foreign Minister Shah Mahmood Qureshi on Monday.

“He is a well-known political figure around the world and has a clear vision for the region, for world peace and security, along with important issues like the world is dealing, such as climate change,” Bozkir added.

The premier expressed these views during a meeting with the United Nations General Assembly President-elect Volkan Bozkir who called on him in Islamabad. Bozkir is currently visiting the capital on a two-day visit to the country on the invitation of the government.

During the meeting, the premier informed the president-elect about the serious situation in occupied Kashmir, an issue that has been on the UNSC agenda for over seven decades.