At least five people were killed and fifteen others were injured on Monday when a blast ripped through Chaman in Balochistan. 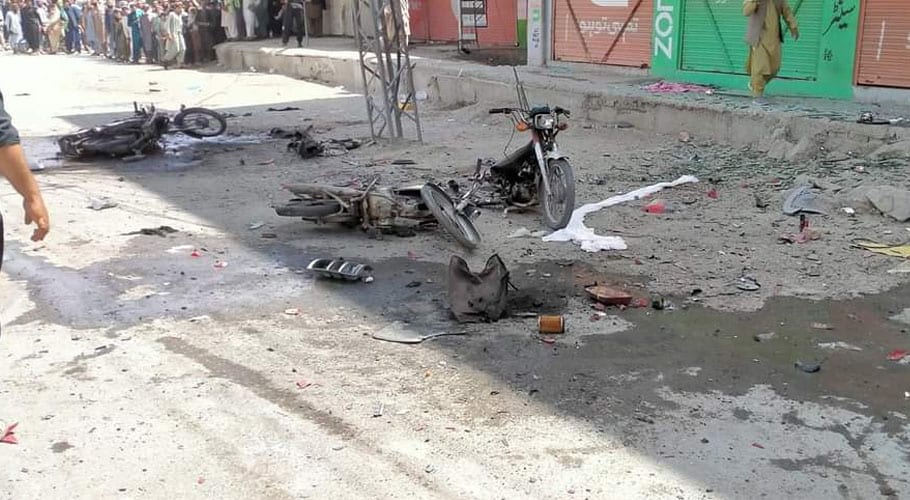 The injured had been shifted to a nearby hospital. The bomb reportedly targetted a vehicle of the Anti-Narcotics Force (ANF).

An additional contingent of police officials and Levies have arrived at the Mall Road in Chaman and cordoned off the area while further investigation is underway.

According to reports, the blast was planted in a motorcycle. Many cars parked in the area were damaged due to the intensity of the blast.

Prime Minister Imran Khan, in a statement posted on the PM Office’s Twitter account, condemned the incident and expressed grief for the lives lost.

Chaman is considered a sensitive town in Balochistan as it shares a border with Afghanistan’s volatile Kandahar province. In March this year, at least nine people were injured in an explosion near the Levies Lines of the town. The attack targetted Levies Risaldar Maj Naseebullah, who remained safe.

Balochistan has recently seen an increase in terrorist attacks. Last month at least one person was killed, while seven were injured in an explosion in a bazaar in Turbat that was also caused by an IED planted in a motorbike.

Earlier in May, seven soldiers, including a junior commissioned officer, were martyred in a bomb blast and an exchange of fire with militants.