President-elect of the United Nations General Assembly (UNGA) Volkan Bozkir has arrived in Islamabad on a two-day visit to Pakistan. 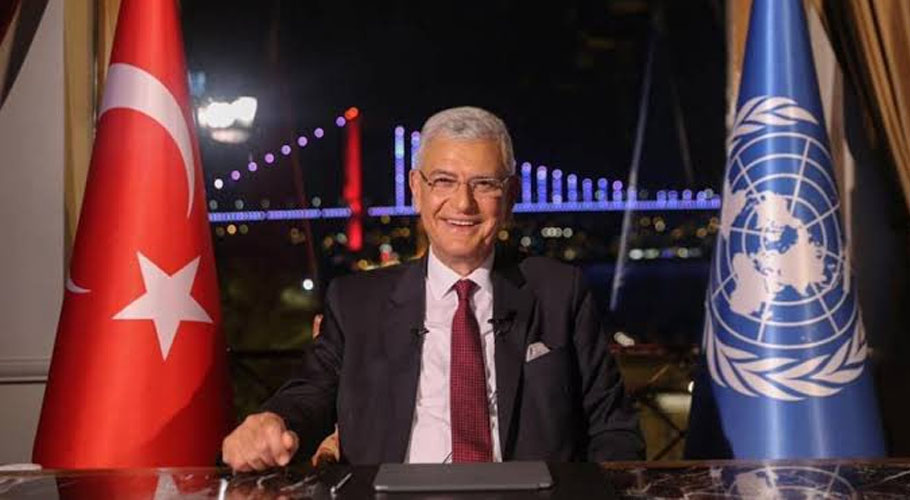 Mr Bozkir and the foreign minister will discuss issues relating to the three main pillars of the United Nations’ work, including peace and security, development, and human rights.

“Bozkir’s visit is an important opportunity to inter alia highlight Pakistan’s strong and substantive contributions to the United Nations efforts in the promotion and maintenance of international peace and security, especially through our contribution to the UN Peacekeeping Operations around the world,” the Pakistani Foreign Office said in an earlier statement on Saturday.

The Foreign Office said that Pakistan remains committed to supporting the role of the General Assembly for international peace, development and relations among nations based on the principle of equal rights and self-determination, in accordance with the UN Charter.

Bozkir was scheduled to arrive in Islamabad on July 26 but canceled the visit citing technical problems related to his flight.

Notably, Bozkir was elected president of the 75th session of the UN General Assembly in June and is the first Turkish national to be elected to the office.