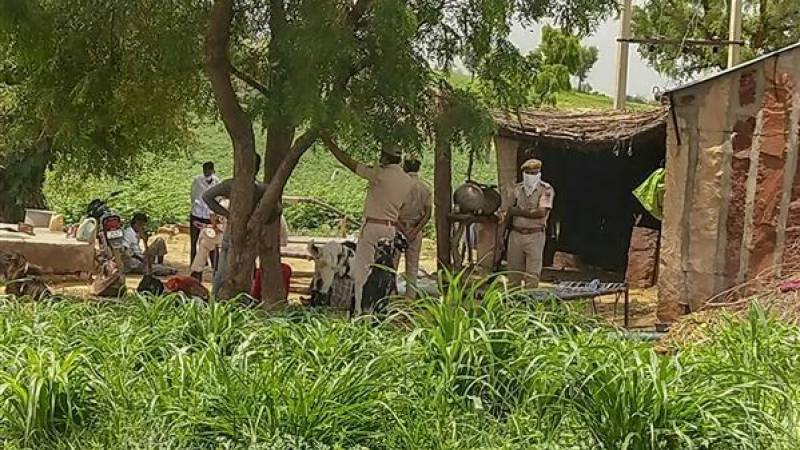 Bodies of 11 people from a single family were found in a field in India’s Jodhpur district in Rajasthan state, BBC Urdu reported on Sunday.

According to the report, the family had migrated to India from Pakistan and only one member of the family now remains.

Police launched an investigation into the incident while traces of insecticide were found at the scene. A police official, Rahul Barhat, told the publication that forensic experts had been called in to assist with the probe. “An investigation is being carried out to ascertain the exact cause of the incident,” he said. A preliminary police investigation suggested that the incident may have arisen from a family dispute, the report said. Locals had alerted officials after finding the bodies, the report said, adding that the deceased were from the Bheel community and had come to India some eight years ago.

According to police, the family had rented a piece of land and used to cultivate it to earn a living. It added that 37-year-old Kewal Ram was the only surviving member of the family and was being questioned by the police.

The deceased included his parents, brother, three sisters, daughter and two sons, and 75-year-old Budha Ram, the head of the family. According to preliminary reports, Kewal Ram survived because he was sleeping at a distance from the family’s home. Meanwhile, the Foreign Office (FO) did not respond to a request for comment till the publication of this story.