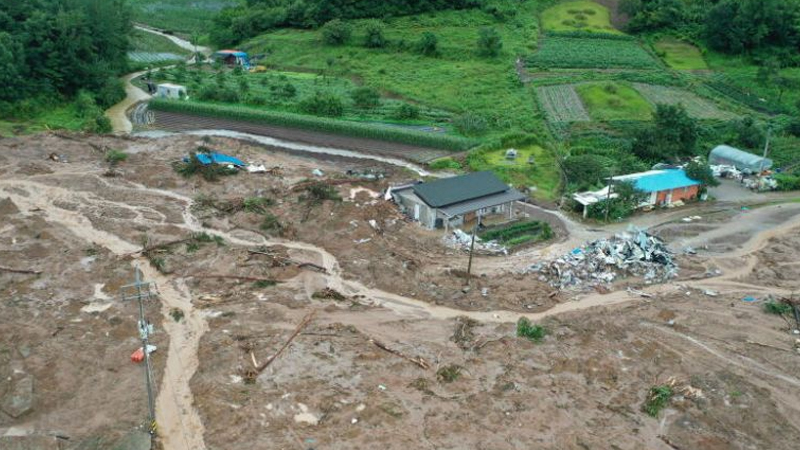 Landslides and flooding triggered by days of heavy rain in South Korea have left at least 30 people dead and 12 missing, officials said Sunday, warning of more downpours. Torrential rain has wreaked havoc across the country since the beginning of the month, but nearly half of the deaths occurred in the past three days, according to the Ministry of the Interior and Safety. Since Friday more than 3,700 people have been displaced from their homes after flooding in the country’s hardest-hit southern region. In all, nearly 6,000 people have been evacuated from their homes across the country this month, with about 4,600 of them staying at temporary shelters. Among the victims was a man in his 80s who was found dead after he was buried in a landslide with his tractor. A 61-year-old man and a 59-year-old woman were killed after their home was swallowed by a landslide. Authorities have issued landslide warnings for 24 regions. At least 667 landslides have been reported so far in August.