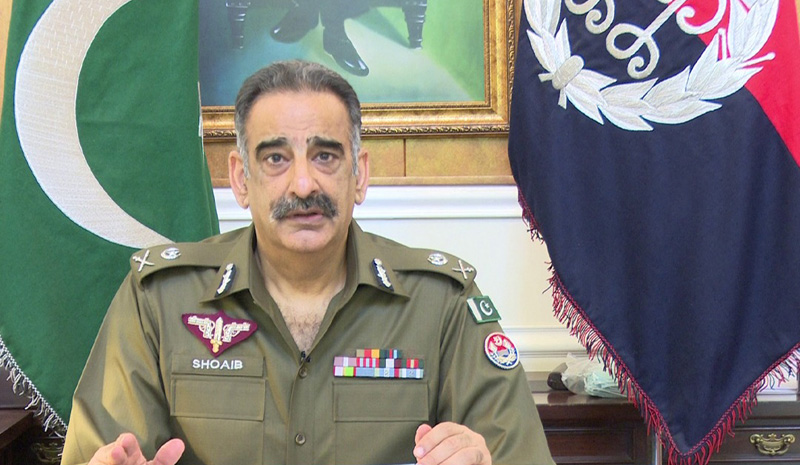 As per the directives of Punjab Police Inspector General Shoaib Dastgir, quick actions are underway against professional criminals and anti-social elements so that every possible protection may be provided for wealth and lives of people after maintaining the supremacy of law. In this regard, Okara police sent its progress report of last month.

According to the report, Okara Police under the leadership of DPO Okara Umar Saeed Malik, performed professional duties during smart lockdown, cattle markets and security of eid ul azha with full hard work, diligence and commitment and also conducted intelligence-based operations and actions against professional criminals especially, during smart lockdown, District administration and Okara Municipal Corporation have been calling Police on emergency basis, upon which police teams responded immediately and no opportunity has been given to officers of Okara administration and Okara municipal corporation for any complaint at the end of Police. Generally, during cattle, markets, cattle lifting and pickpocketing besides other criminal activities get increased but police performed dual duties, performed traditional duties and no crime was reported during cattle markets because the police force has been available over there every time.

Police also enhanced its patrolling hours in markets across the district on Eid Ul Azha and performed their security after Eid prayer with full responsibility. He further said that during this period, 154 cases of weapons have been registered and 04 rifles, 11 guns, 134 pistols/ revolver, 04 carbeen, 01 knife and 566 bullets have been recovered from the accused. Moreover, during this period, 154 cases of drugs have been lodged and 93.156 kg chars, 0.400 gram heroine, 0.400 gram opium, 2956 liter wine, 365 liter Lehn and 20 working wine kilns have been recovered and one drinker was arrested. In addition to it, during this period, 247 proclaimed offenders including 31 A category offenders, 194 B category offenders whereas 22 Court absconders have been arrested. During this time period, implementing National Action Plan Rules, 23 cases against violation of sound system act, 04 cases against violation of sensitive installations, 18 cases under the temporary stay ordinance and 02 cases against wall chalking ordinance were registered.