Azhar Ali undeterred by criticism directed towards his captaincy 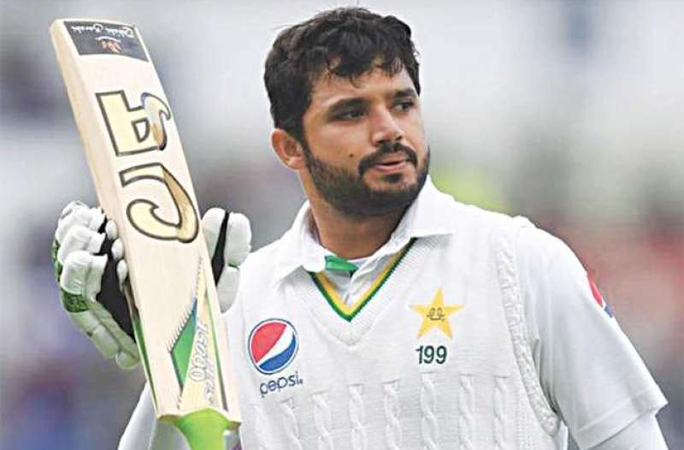 LAHORE: Pakistan Test captain Azhar Ali is unfazed by the criticism directed towards his captaincy, after England pulled off an unlikely win over the Men in Green in the first Test match of the series in Manchester. Chris Woakes hit an unbeaten 84 as England came from behind to beat Pakistan by three wickets in the first Test at Old Trafford on Saturday. England were struggling in pursuit of a victory target of 277 after collapsing to 117-5 on the fourth day. But man-of-the-match Woakes, who had helped drag England back into this contest with 2-11 in just five overs late Friday, and fellow World Cup winner Jos Buttler turned the tide with a stand of 139.

“It is easy to criticise a captain with hindsight but we also need to appreciate the way our opponents played. You can’t blame the captain every time but I will admit that we could not defend a total, as a team, which we should have,” said Azhar during a virtual post-match press conference. Pakistan captain Azhar Ali praised Buttler and Woakes by saying: “They changed the momentum of the game and unfortunately we couldn’t reply to whatever they threw at us.” He said was disappointing but not over yet, there were still two Tests to go. “There a lot of positives from this game, we outplayed England on most parts of this Test match. I wouldn’t say we lost the match in (our) second innings, but we missed a chance to knock England out of the game there.”

Azhar, a specialist batsman, managed just 18 runs in a match where he was out for a duck in the first innings. But although he has now scored a mere 139 runs in his past 12 away Test innings, Azhar denied captaincy was affecting his batting. “When I bat, I’m not thinking about the captaincy, whether or not I am out of form,” he said. “And when I am captain, I don’t think about my batting at all.”

Meanwhile, England captain Joe Root also heaped praise on Buttler and Woakes. “It was a brilliant chase,” said Root at the presentation ceremony. “I couldn’t be more proud of the lads. That partnership with Woakesy and Jos was magnificent.” “One thing you can never doubt in our dressing room is the character. I am really proud and pleased that has shone through today,” he added. Victory meant England had won an opening Test for the first time in six series. England will now try to complete their first series win over Pakistan in 10 years with victory in the second Test at Southampton starting on Thursday.