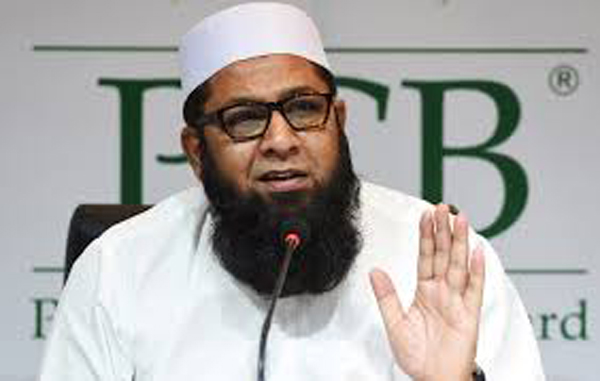 ISLAMABAD: Former Pakistan captain Inzamamul Haq believes that the Men in Green should win the ongoing Test series against England, despite defeat in the first Test at Old Trafford, Manchester on Saturday. “I think Pakistan team are better than England and we should have won the first Test. It’s very disappointing but I believe Pakistan can still win the series,” said Inzamam on his official YouTube channel. “When you are going through a tough phase, the team’s body language should not change. This was clearly the case in the first Test because Pakistan players seemed under pressure after the second innings batting collapse on the third day,” he added. He also urged the team management to keep the players in the right frame of mind by looking at the positive side of things. “The role of the team management is vital after such a defeat because the players’ morale will be down. They need to talk about the positives,” he said. England will now try to complete their first series win over Pakistan in 10 years with victory in the second Test at Southampton starting on Thursday.