Program allows some Alaska Native Vietnam vets to get land 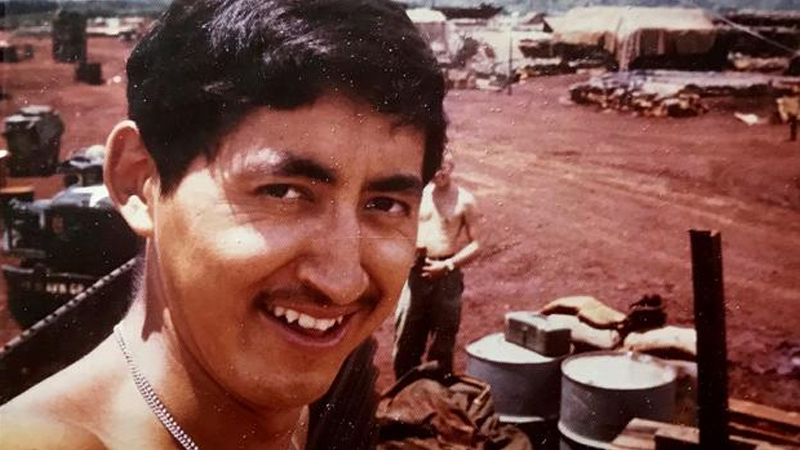 Stewy Carlo had a short life, but he lived every moment. While serving in the Army, he bought a 1951 Mercedes and motored around Europe. After his service years, he roamed South America where he developed a love of photography, and then later turned heads while driving an exotic Maserati to a construction job back home in Alaska.

Carlo, a member of the Koyukon Athabascan tribe, was a math whiz from Fairbanks who quit college in 1967 to volunteer for the Army, to serve in Vietnam. There, he was an aircraft controller who “brought a lot of crippled aircraft in,” said his brother, Wally Carlo of Fairbanks.

Stewy would be an Alaska Native leader today if he had hadn´t been killed in a head-on collision while driving the Maserati in 1975, his brother said.

Wally Carlo intends to honor his brother´s legacy by applying for an allotment of 160 acres (65 hectares) of land in Alaska owned by the federal government.

Alaska Natives were allowed to apply for 160 acres (65 hectares) of land under the 1906 Alaska Native Allotment Act. Before a new law went into effect in 1971, there was a big advertising push to urge Alaska Natives to claim title if they hadn´t already done so.

That coincided with the Vietnam War, when many Alaska Natives fighting the war probably didn´t hear the plea. In 1998, another act allowed the veterans to apply for their land, but both Alaska Natives and Congress felt the window was too short to apply and an occupancy requirement wasn´t fair.

Last year, Congress passed the Dingell Act, expanding the window to apply for land and removing the occupancy provision.

“It´s something that´s really near and dear to our hearts to make sure this program´s a success because we know that folks didn´t have that opportunity,” said Chad Padgett, the Bureau of Land Management´s Alaska director.

The BLM and other federal partners have identified about 1,000 Alaska Native service members or their descendants who might be eligible for the program and is in the process of notifying them. The military and Bureau of Indian Affairs are determining eligibility for another 1,200 people.

There could be more since the BLM estimates 40% of the Alaska Native veterans or their surviving family members have moved out of Alaska and may not know the window will reopen to apply. The BLM also estimates about a third or more of the eligible veterans have died, but their heirs might be eligible.

Veterans or family will have five years to select and apply for land. That window will open sometime this fall. Currently, there are 1.5 million acres (607,028 hectares) of land available for those allotments, located in three parts of Alaska: the Bering Glacier area near Yakutat, the Fortymile area in Alaska´s interior and near Goodnews Bay in western Alaska.