* CM says Southern Punjab Secretariat will be given administrative and financial autonomy so that affairs related to Multan, Bahawalpur and DG Khan divisions can be dealt with locally 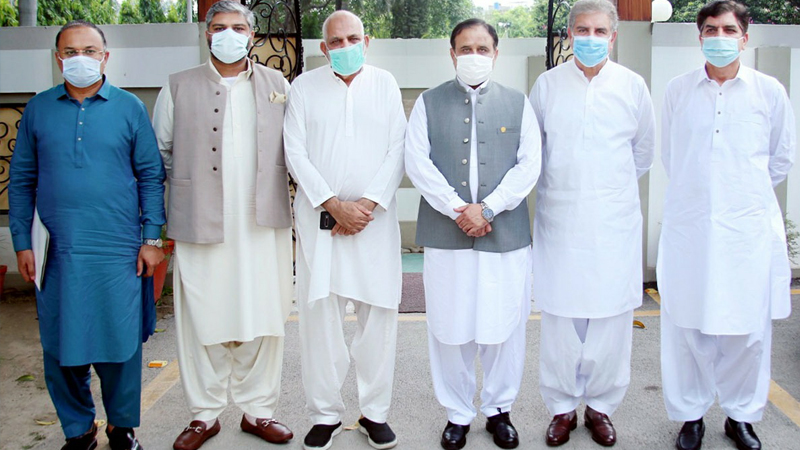 Usman Buzdar, while giving principle approval of setting up of 100-bed Mother & Child Hospital in Multan, said that this hospital will be established on the old building of Ghalla Mandi. He directed to resolve issues related to WASA and sewerage immediately. He said that setting up of Southern Punjab Secretariat is a major step of PTI government. He further stated that the people of Southern Punjab will not have to come to provincial metropolis for the solution of their problems.

Talking on the occasion, Foreign Minister Shah Mehmood Qureshi said that the PTI government is fulfilling all its promises made to the people of South Punjab. He said that establishment of Southern Punjab Secretariat will bring relief to the localities. The problems of the people will be solved at the grassroots level besides improving the governance. Usman Buzdar, Shah Mehmood Qureshi and other members of the Assembly strongly condemned the worst lockdown and oppression of Modi government in Indian illegally occupied Jammu and Kashmir. Usman Buzdar said that the Pakistani nation under the leadership of Prime Minister Imran Khan has highlighted Indian atrocities on Kashmir at all levels and the entire nation celebrated Youm-e-Istehsal-e-Kashmir with favour. One road in every division of Punjab, including Lahore, will be named of Srinagar.

He said government paid tribute to everlasting struggle of the Kashmiris people of Indian held Jammu and Kashmir against the illegal Indian occupation. He termed Kashmir as a jugular vein of Pakistan. He said that Pakistan cannot back off from the core issue of Kashmir cause. He said that Modi blatantly violated the UN resolutions on August 5, 2019.

He said that Pakistan will continue to expose India’s stubbornness and illegal steps at every level. Shah Mehmood Qureshi said that Pakistan is incomplete without Kashmir. Modi has orchestrated Muslims’ genocide in occupied Jammu and Kashmir. Indian government has set a new history of oppression on Kashmiris. 22 crore Pakistanis stand with Kashmiris, he concluded.

Meanwhile, Chief Minister Buzdar took notice of the death of a four-year-old minor in Shafiqabad as sharp kite string slit open his throat and a sought a report from CCPO Lahore. Usman Buzdar has ordered departmental and legal action against the responsible. He said that it was regrettable that incidents of kite flying are taking place despite of clear instructions. He said that duties should be performed in an active manner to prevent kite flying incidents and action should be taken against those who violated the law. Chief Minister Usman Buzdar has expressed his heartfelt sympathies and condoled with the bereaved family of the deceased child.