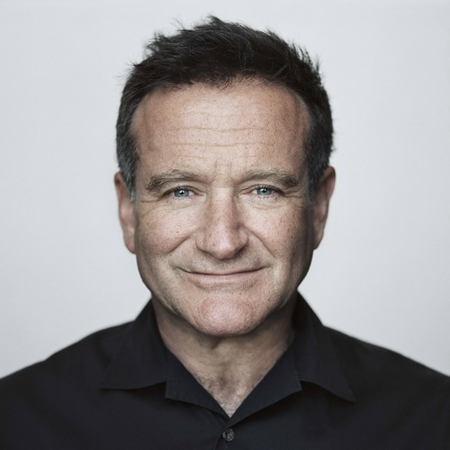 Robin Williams’ final days – and the neurological disease the comic legend was battling – are explored in the upcoming documentary Robin’s Wish.

In the trailer for the film, filled with behind-the-scenes footage of the actor, Williams says in an interview: “The human brain is an extraordinary three-and-a-half pound gland. The moment you think you understand it, it comes out with something else.”

The trailer then examines Williams’ death by suicide in August 2014 and how an autopsy report revealed he was, unbeknownst to him, battling Lewy Body Dementia.

“Robin’s Wish tells the powerful true story of actor/comedian Robin Williams’ final days,” the filmmakers said of the documentary. “For the first time, Robin’s fight against a deadly neurodegenerative disorder, known as Lewy Body Dementia, is shown in stunning detail. Through a gripping journalistic lens, this incredible story sheds an entirely new light on the tragedy, beauty and power behind the mind of one of the greatest entertainers of all time.”

‘Robin’s Wish tells the powerful true story of actor/comedian Robin Williams’ final days,’ the filmmakers said of the documentary. ‘For the first time, Robin’s fight against a deadly neurodegenerative disorder, known as Lewy Body Dementia, is shown in stunning detail’

Williams’ widow Susan Schneider Williams said in a statement: “During the last year of his life, Robin was confronted with anxiety, paranoia, insomnia, scary altered realities and a roller coaster of hope and despair. With our medical team’s care, we chased a relentless parade of symptoms but with very little gain. It wasn’t until after Robin’s passing, in autopsy, that the source of his terror was revealed: he had diffuse Lewy body disease. It was one of the worst cases medical professionals had seen.”

She added: “Armed with the name of a brain disease I’d never heard of, I set out on a mission to understand it, and that led me down my unchosen path of advocacy. With invaluable help from leading medical experts, I saw that what Robin and I had gone through finally made sense – our experience matched up with the science. And what I discovered along the way was bigger than me, and bigger than Robin. The full story was revealed during the making of this film and it holds the truth that Robin and I had been searching for.”

The documentary, directed by Tylor Norwood and featuring interviews with many of the actor’s collaborators, comes to digital and VOD on September 1st. As for the documentary’s title, Schneider Williams said: “Robin wanted to help all of us be less afraid. That was Robin’s wish. We had been discussing what we wanted our legacies to be in life; when it was our time to go, how we wanted to have made people feel. Without missing a beat, Robin said, ‘I want to help people be less afraid.’