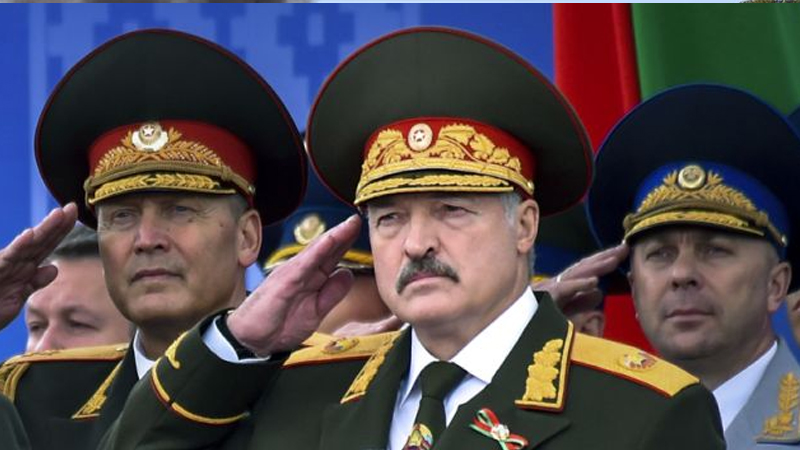 After 26 consecutive years in office, the autocratic leader of Belarus is confronting something unfamiliar as he tries to win a sixth term: circumstances beyond his control.

Discontent over a worsening economy and his government’s dismissive response to the coronavirus pandemic has helped fuel the country’s largest opposition rallies since the collapse of the Soviet Union, when Alexander Lukashenko became independent Belarus’s first and only elected president, so far.

Rumblings among the ruling elite and a bitter rift with Russia, Belarus’s main sponsor and ally, compound the reelection challenge facing the 65-year-old former state farm director on Sunday.

Lukashenko, who once acquired the nickname “Europe’s last dictator” in the West for his relentless crackdowns on dissent, has made it clear he won’t hesitate to again use the government’s authority and, if necessary, force to quash any attempt by his opponents to protest the results of the presidential election.

Election officials already barred the president’s two main prospective rivals from what is now a five-person race. Sviatlana Tsikhanouskaya, a 37-year-old former teacher and the wife of a jailed opposition blogger, has managed to draw strong support, with tens of thousands flocking to her campaign rallies.

In an interview with The Associated Press, Tsikhanouskaya described herself as a “symbol of change”

“It was brewing inside for more than 20 years,” Tsikhanouskaya said. “We were afraid all that time and no one dared to say a word. Now people vote for a symbol of change.”

Tsikhanouskaya has crisscrossed the country, tapping public frustration with Lukashenko’s swaggering response to the pandemic and the country’s stagnating Soviet-style economy.

The president has dismissed the coronavirus as “psychosis” and refused to introduce any restrictions to stem the outbreak, suggesting that Belarusians protect themselves against the disease with a daily shot of vodka, visits to sauna and hard work in the fields.

“They were telling us that the virus doesn’t exist and dismissed it as `psychosis´ while tens of thousands of Belarusians have got sick,” said Diana Golubovich, 54, a lawyer who attended Tsikhanouskaya’s rally in Brest, a city on the border with Poland. “Suddenly everyone realized that the social-oriented state that Lukashenko was boasting about doesn’t exist.”

Belarus, a country of 9.5 million people, has reported more than 68,500 confirmed virus cases and 580 deaths in the pandemic. Critics have accused the authorities of manipulating the figures to downplay the death toll.

Lukashenko announced last month that he had been infected with the virus but had no COVID-19 symptoms and recovered quickly, allegedly thanks to doing sports. He defended his handling of the outbreak, saying that a lockdown would have doomed the nation’s weakened economy.

Belarus still has sustained a severe economic blow after its leading exports customer, Russia, went into a pandemic-induced recession and other foreign markets shrank. Before the coronavirus, the country’s state-controlled economy already had been stalled for years, stoking public frustration.

“Lukashenko lacks a plan to modernize the country. He has taken political freedoms away, and now he is depriving people of a chance for economic growth,” said Valery Tsepkalo, a former Belarusian ambassador to the United States who planned to challenge Lukashenko for the presidency but fled to Russia with his children last month to avoid imminent arrest. “That is the main reason behind protests.”