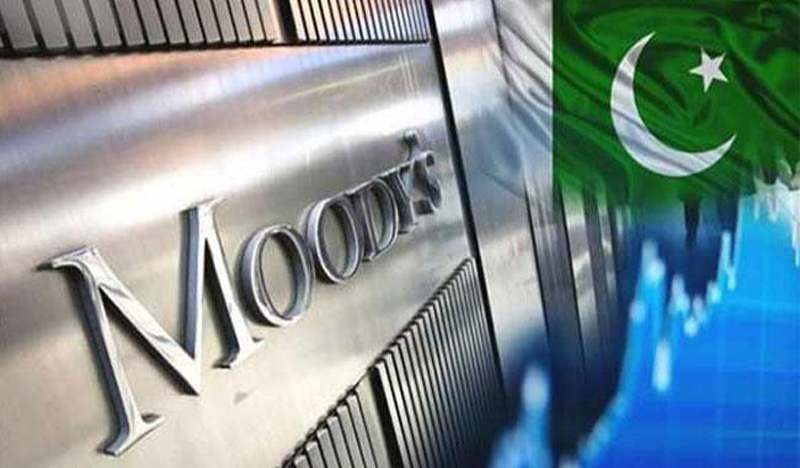 The Ministry of Finance on Saturday said that Moody’s has upgraded Pakistan’s outlook from ‘under review for downgrade’ to ‘stable’, while maintaining a B3 rating.

“At the conclusion of the review for downgrade initiated on 14 May 2020, Moody’s on Saturday confirmed Pakistan’s B3 credit rating with a stable outlook,” the finance ministry said in a statement. “This is an affirmation of the government’s sound fiscal and financial policies in these times of unprecedented hardship and uncertainty,” the statement said.

Federal Minister of Industries and Production Hammad Azhar also termed the development an encouraging sign. “Moody’s confirmation of Pakistan’s B3 rating with stable outlook during pandemic was an encouraging sign,” he said in a tweet.

The federal minister said that the country’s rating was downgraded to B3 negative in June 2018 based on data/policies of Pakistan Muslim League-Nawaz government. In December 2019, he added, after economic stabilisation by the Pakistan Tehreek-i-Insaf (PTI) government, rating was upgraded to B3 Stable.

Concurrently, Moody’s has also confirmed the B3 foreign currency senior unsecured ratings for The Third Pakistan International Sukuk Co Ltd, according to press statement received here which added that the associated payment obligations are, in Moody’s view, direct obligations of the government of Pakistan. “The review for downgrade reflected Moody’s assessment that the country’s participation in the G20 Debt Service Suspension Initiative (DSSI) raised the risk that private sector creditors would incur losses. In the last few weeks, Moody’s has considered the evidence of implementation of DSSI for a range of rated sovereigns, and statements by G20 officials,” the statement added.

While Moody’s continues to believe that the ongoing implementation of DSSI poses risks to private creditors, the decision to conclude the review and confirm the rating reflects Moody’s assessment that, at this stage, for Pakistan, those risks are adequately reflected in the current B3 rating. It said that it remained unclear what influence is being applied to Pakistan and to other participating sovereigns to treat private creditors in a comparable manner to official sector creditors. However, a number of elements suggest that the probability of broad-ranging private sector involvement has diminished.

“These include the apparent absence of progress in discussions about how private sector involvement (PSI) would be effected in DSSI in general; indications by the G20 that PSI would require the support of the borrowing government; the government of Pakistan’s continued assertion that PSI is not contemplated; and evidence of some debt payments being made to private sector creditors under a DSSI regime,” the statement read. “The risks that remain relate to the possibility that, in particular cases DSSI is implemented with private sector creditors also being drawn in to provide debt service relief and incurring losses in doing so,” it added.

“Should the probability of default and losses to private sector creditors increase as implementation of DSSI for Pakistan becomes clearer, Moody’s would reflect any related changes in risks to private creditors in further rating announcements,” the statement read. The stable outlook reflects Moody’s view that the pressures Pakistan faces in the wake of the coronavirus shock and prospects for its credit metrics in general are likely to remain consistent with the current rating level.

In particular, while Moody’s sees downside risks to Pakistan’s economy because of movement and activity restrictions related to the pandemic, which would in turn intensify the government’s fiscal challenges, strong support from development partners including for external financing, coupled with effective macroeconomic policies started ahead of the crisis, contain external vulnerability and liquidity risks.