Opening up in a brave new world

The recent news of the country officially opening up has brought up some rather interesting viewpoints. All seemingly fair given the fact the world is passing through the stages or going to be living with COVID-19, the global pandemic. That, or until a cure or a vaccine is discovered. The decision could not have been easy for the federal government to make and one can be sure it would have taken a lot of thought and deliberation on how things are -and also how they will stand in the future.

The excitement has been felt, a bit of nervous tension and at points, a little friction amongst people has already been occurring on social media. A greater percentage though feels this is a sound decision on the part of the government. For the most part, it is not that we don’t have the understanding that the virus has not gone away. It is just that there is some light at the end of a very dark and uncertain way of living for so many months.

Some have called out people on not carrying on with the SOP’s (masks and social distancing measures) till the end. Others have felt the need to sarcastically call the mask an “immunity guard” and have made memes on them. The sarcasm and humour are not amusing to those who have lost loved ones to COVID-19. We know several people directly who have lost their parents and loved ones. Somebody once told me it is not until you lose a loved one when one truly feels what the other is feeling. It is even then you don’t feel exactly what they are feeling but can only imagine it, having suffered a similar loss. Respectfully so, death should never be made light of – even indirectly. A lot must be said and done in support for those people who are going through or who have suffered through all of this. 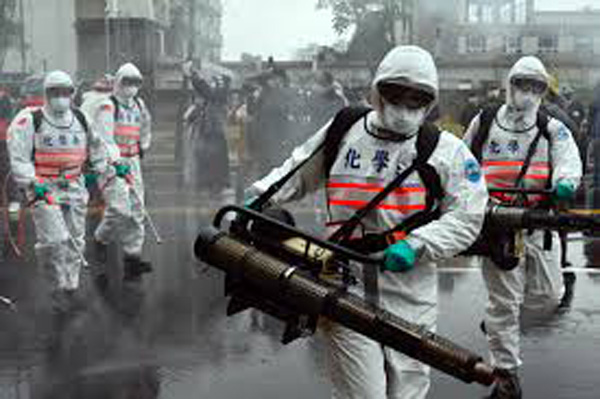 One of the questions posed on social media was simple enough but resonated a lot of thought; Is this a good decision or a bad one? One feels that the country should and will need to assess that one after whatever happens next within a few months. However, we all knew we couldn’t be locked in forever. We also hear that medical experts are saying that we may need to live with the virus for quite a while.

The opening of businesses will certainly be the relief needed to combat the situation of unemployment and the lack of income for many. People who have been laid off work and have been unemployed without a steady or any income can now look towards fresh new opportunities. Although the general understanding is that people are now more cautious than before as far as consumer choices and buying is concerned. Many others are feeling that it is time to celebrate life and try to get back to how they were before the world was hit by the pandemic.

The downside of being in an economy such as ours has always been that a complete shutdown would have created a dire economic crisis. Thus, the semi-lockdown and the smart lockdowns area-wise had all been done stage wise for containment. Similarly, just as we closed our country down in well-planned stages, we are now opening up again phase-wise in the same strategic manner. The federal government has done brilliantly well to face the global crisis in every way possible. The initial phases of the global pandemic have proven that Pakistan’s response system as far as COVID-19 was concerned was executed perfectly and promptly. We shut down when we were supposed to with social distancing and isolation measures alongside tests and screenings.

So here we are, opening up tourism spots, cinemas, salons and restaurants; all part of the mechanism that used to be so much a part of our lives. Maybe more public service messages can be given on educating the masses on how to live in the new normal. Although there was certainly a handful few that have gone against the rules of social distancing, a greater percentage of us did certainly carry the responsibility for implementing the correct measures. The education of the masses was vital at every point and one hopes there will be a continuation of similar reminders for precautions via the same media.

The world dynamics have certainly shifted and changed in the last few months. Masks, screenings and routine tests will be a thing of the norm now as people go back and forth for work, and even for travel destinations abroad. All travel advisories are there in place and true enough many have already started planning their future travel itineraries. With people already having flown off to Dubai; a sigh of relief was felt as things suddenly seemed to be going somewhere. It was not about flying off for leisure- it was just the end of so much of uncertainty one felt for the future. The fact that travel routes were opening again was certainly a sign of things getting better.

Although several people are bracing for what they are calling the “second wave” of the virus to come about. May be (and one is hoping so) that they could be wrong. Only time will tell if we go into lockdowns again. However, for now, we look towards a world that heals and adjusts to living in the new normal. One also hopes that the nation is well-prepared with added precautions to live in a brave new world that is opening up again.