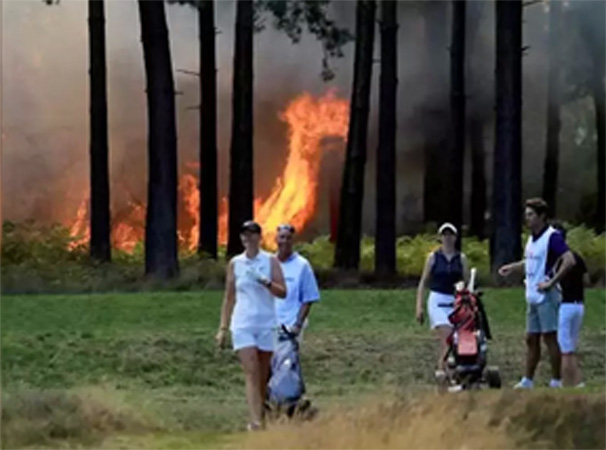 LONDON: The Rose Ladies Series Grand Final was abandoned on Saturday as wildfires at the Wentworth club that forced the suspension of play on Friday continued to pose a risk. Searing temperatures initially triggered the fires on nearby Chobham Common in Surrey, south west of London, on Friday. Ten fire engines and other emergency vehicles were dispatched to tend to the fire as golfers, caddies and staff evacuated the area with smoke engulfing the course. Alice Hewson was leading by a shot from Charley Hull in the third round when play was interrupted. Hewson was later declared the winner courtesy of her 36-hole score. The eight-week series was organised by former world number one Justin Rose and his wife Kate Rose to offer competitive play for women professionals who have been starved of tournaments because of the COVID-19 pandemic.