Thiago Silva determined to go out on a high 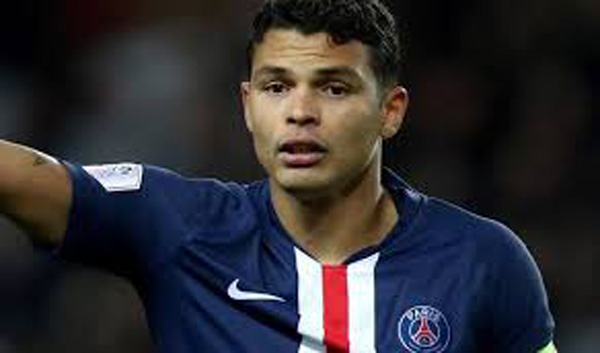 PARIS: Thiago Silva’s eight years as a Paris Saint-Germain player are about to come to an end and the Brazilian centre-back has one piece of unfinished business to contend with as the Qatar-owned club head to Lisbon targeting Champions League glory. That is something that has so far eluded Silva and PSG, despite all the money Qatar Sports Investments have ploughed in. A humiliating collapse against Manchester United last season meant a third consecutive last-16 exit, but this time they are through to a first quarter-final since 2016 and face Atalanta in Lisbon on Wednesday. “I have seen everything here. This competition is so important, for the players but also for the club. Winning it was the objective when I came here,” Silva, whose contract is about to expire, said in an interview. The game is being played as a one-off tie behind closed doors in the Portuguese capital after UEFA were forced to rethink the tournament format due to the coronavirus pandemic. PSG secured qualification just before football ground to a halt in mid-March, as they overturned a 2-1 first-leg deficit by beating Borussia Dortmund 2-0. That game was played behind closed doors too but the PSG players celebrated their victory with thousands of fans who had gathered, somewhat irresponsibly, outside the ground. However, the outpouring of emotion was understandable after the disappointments of previous years, including the astonishing exit at the hands of Barcelona in 2017 despite winning the first leg 4-0. Silva joined from AC Milan in 2012. He has been a cornerstone ever since in a side that has completely dominated French football, winning seven of the last eight Ligue 1 titles.