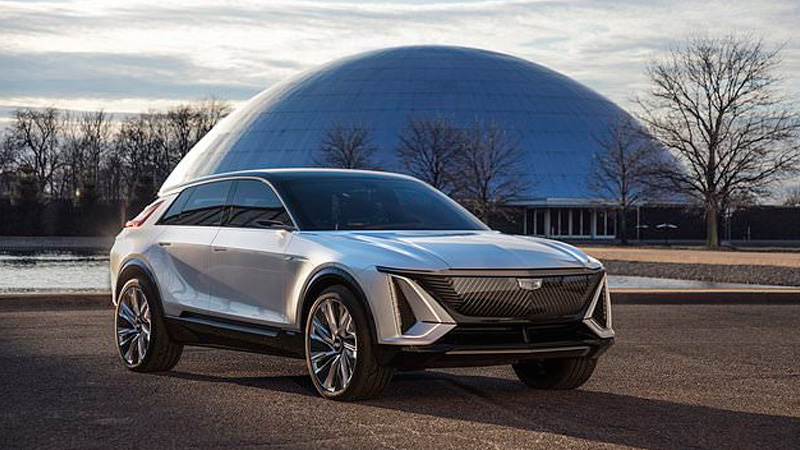 We´ve seen this movie before, an electric vehicle from a mainstream automaker that will take away sales from market leader Tesla. But General Motors executives say Cadillac´s first fully-electric vehicle has all the features it needs to lure buyers where other companies fell short.

The Cadillac Lyriq, a midsize SUV that comes out first in China and reaches U.S. showrooms late in 2022, will be able to go more than 300 miles on a single charge. It will come in rear-drive and all-wheel-drive configurations with sleek looks, a premium interior, internet connectivity, a 33-inch dashboard touch screen, and a starting price tag somewhere below $75,000.

“Prior product offerings, at least on some of those measures, they fell a bit short,” said Steve Carlisle, GM´s North American president who used to run the Cadillac brand.

GM was to introduce a Lyriq “show car” Thursday night that executives say is close to the production version. And they´re confident it will succeed where the Jaguar I-Pace and Audi e-tron thus far have failed.

The Lyriq will go head-to-head with Tesla´s Model Y small SUV, which starts at just under $50,000. The Lyriq also could take sales from the Palo Alto, California, company´s other models.

GM wouldn´t release the SUV´s exact range or price, nor would it say if the Lyriq would match or beat the Model Y´s 316-mile range or best zero to 60 miles per hour (96.2 kilometers per hour) time of 3.5 seconds. The Model Y can easily top $60,000 with options.

But executives said the Lyriq´s underpinnings are designed specifically to be an electric vehicle, with balanced weight distribution. They promised crisp handling and fast acceleration powered by the latest generation of nickel-cobalt-manganese-aluminum battery chemistry.

The Lyriq also will be able to park itself in parallel or perpendicular spaces without the driver being in the vehicle, similar to technology offered by Tesla. It also has direct current fast-charging capability, but charging times weren´t released.

Jaguar´s I-Pace and Audi´s e-tron fell short of the Model Y on range, with the I-Pace going 234 miles per charge and the e-tron SUV at 222 miles.

Cox Automotive Executive Analyst Michelle Krebs said having a range of over 300 miles is important to customers, who in surveys still express fears of running out of juice in an electric vehicle. People also are concerned about charging vehicles outside their homes, but that network should be vastly better by the time the Lyriq goes on sale, she said. Tesla, which has its own global network of chargers, giving it an advantage over competitors.

Cadillac may check all the boxes to compete with Tesla, but it can´t match the brand and the mystique of CEO Elon Musk, who also leads rocket company SpaceX, Krebs said.

“People buy a Tesla because it´s a Tesla,” she said. “Tesla has done an amazing job of building a brand, doing it without advertising and marketing, just pure enthusiasm from consumers.”

To make inroads, Cadillac will have to change the way it sells electric vehicles, offering long test drives with delivery and pickup of test vehicles at the customer´s convenience, she said.