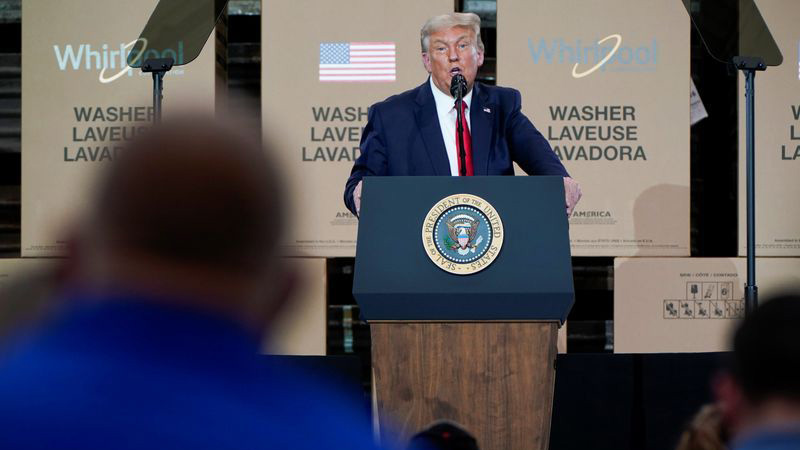 Citizens of Thailand were surprised and bemused on Friday to discover their country’s name had become a social media meme after U.S. President Donald Trump mispronounced it.

Though Trump quickly switched to the correct pronunciation, people quickly seized on the slip to mock the U.S. leader online as #Thighland became one of the top-trending Twitter hashtags in Thailand with 32,000 tweets and in the top 25 in the United States with over 156,000, according to the tracking site Twitscoop.

One online joker wrote that Thighland was located on a cartographic leg between “Kneepal” and “Ankola”.

The American president made the gaffe during a speech in Ohio while explaining how his trade war with China had forced factories to move production to Southeast Asian countries, Vietnam and, as he pronounced it, “Thi-land”.

In the next breath, Trump got it right, saying: “Thailand and Vietnam – two places that I like their leaders very much.”

The meme escalated when conservative American pundit and filmmaker Dinesh D’Souza, who was pardoned by Trump after a conviction of violating campaign finance law, argued in a series of tweets that “Thighland” is in fact the correct pronunciation.

Rikker Dockum, a professor of linguistics at Swarthmore College, told Reuters that Trump’s second pronunciation – with an aspirated hard “t” instead of a soft “th” sound – is the widely used one in both Thai and English.

“Among English speakers around the world, this is not a disputed pronunciation,” he added.